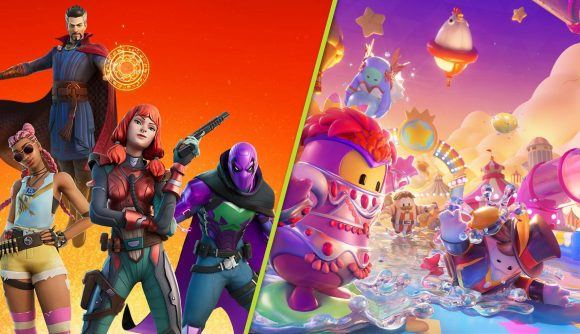 Both have now been updated and describe a Fall Guys X Fornite test competition. This comes as Fall Guys has been wrapping up Season 6 ahead of a delayed Season 7 and speculation that the game may be free to play.

Previous I mentioned on my personal account that Epic was working on two new Fall Guys URLs that re-direct to the Fortnite website.

It appears we are going to be getting a Fall Guys x Fortnite trials event in the future as the urls were updated! https://t.co/HSncZ8VgxT pic.twitter.com/Egdzt0kPBi

A Fortnite and Fall Guys crossover has been rumored more than a year ago, but this seems to be the first real evidence pointing to its existence.

Coupled with the lack of any new party game announcements, the Fall Guys Xbox release date is still in limbo, so Mediatonic may be preparing a number of big reveals in the coming weeks or during Summer Games Fest in June.