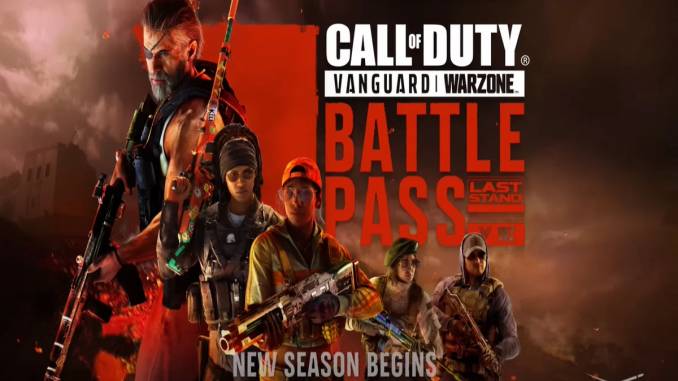 Warzone Season 5 update patch notes contain a long list of content additions, and it will take fans a minute to read them all. As in the past, the new Battle Pass includes 100 tiers of new content, a new Operator, two new weapons, and two dozen free items around the world.

In the absence of any recent changes to the Precision Airstrike behavior, we’ve still seen an uptick in Player sentiment and discussion around Precision Airstrikes lately. As such our engineering team have completed a detailed review of the system to make sure it is working as intended and as a result have made some changes to further improve and optimize the system. Note that Precision Airstrikes will continue to shoot through glass, balconies and wall-bang penetrable buildings.

We felt that C4 and ground loot Perks were too similar in appearance and presentation, so we’ve updated C4 to make it more distinguishable visually when compared to a vertically standing ground loot Perk satchel.

We have made many targeted Quality of Life improvements to the auto Gas Mask behavior over the course of this year, and with it being in a much better place for all of our Players – now is the time to take the next step to give Players more agency and control over their experience with a Manual Equip setting.

During Season Four we made a change to optimize the Loadout interface so that the cursor selection starts at the top of the list. Whilst we heard positive feedback on this change, we also heard feedback from others that this was less optimized for their playstyle. Enjoy!

We have made a change to Battle Royale to bring Planes inline with other vehicles. Upon review, it simply didn’t feel rewarding for Players to invest in eliminating enemy Planes only to see them respawn moments later.

Serpentine continues to be a top-3 pick in the blue Perk category after Season Four Reloaded’s update. As a result, we’re removing the bonus protection to Fire and Explosive Damage. This should also restore the value to E.O.D that Serpentine had cannibalized.

Later in the season we’ll be making an additional change that causes Serpentine to only be in effect while Tactical Sprinting, instead of regular sprint.

We felt we could bring more value to Battle Hardened, especially as it is now present as a lootable ground Perk, with our target for the effects of Stun and Flash to be mitigated to less than a second with the Perk equipped. Some Players may wonder why this change is happening now, to which our reply is that there may be a surprise in-store during Season Five that warrants this change.

Season Five is all about widening options even further by addressing the top performers to be more in-line, along with lifting up both individual Weapons and classes of Weapons that are under-utilized.

We’ve made a large amount of changes to these Weapons and expect to make some more following Season Five launch so that these Weapons are viable, but we don’t see a repeat of the DMR 14 (BOCW) meta.

They now have a glint on them, reduced recoil control, and adjusted ADS time. This will have a significant impact on the long-range playstyle, enabling wider options and not total domination from Vanguard Assault rifles.

Snipers are in a good spot, but we’re not done with them yet. Combined with the above, we are expecting many viable options and variability in long-range engagements.

In Call of Duty: Warzone we’ve made some substantial differences to the EX1(VG) to better accommodate BR gameplay vs Vanguard multiplayer gameplay. The EX1(VG) has limited ammunition, increased recoil and substantially lower bullet velocity.

The unquestioned strength of the AS44 (VG) was encroaching on the sub-machine gun class and less its Assault Rifle brethren. We’re making a modification to the close-range damage profile and compensating with more recoil control, enabling the Weapon to perform as a more reliable Sniper-Support.

The KG M40 (VG) continued to climb after the last round of adjustments, so we’re making a further reduction of its long-range damage profile combined with some reasonable accuracy adjustments. The result is a Weapon that should exist firmly in the camp of “Newcomer friendly” but other Weapons will be preferable for higher skilled Players.

Season Four Reloaded’s newcomer struggled to find a firm identity in the long-range AR class. We’re making some all-round modifications to smoothen out the experience, while compensating for the slightly below average Torso damage profile with the most generous “Critical Box” of the Vanguard Assault Rifles, with the Neck now matching the Headshot multiplier.

Vanguard Marksman Rifles have been held back by their restriction of using Sniper Ammunition. In Season Five we’re making large changes to these Weapons to now use Assault Rifle Ammunition instead, along with rebalancing the handling and damage potential of each Weapon in the class.

Snipers have almost climbed to the ideal healthy usage rate, and for the first time we’re seeing a good spread of different Weapons being used depending on map and situation. With the rebalancing of some of the Vanguard Optics and a further reduction of flinch, we expect this category of Weapons to be in a solid position going forward.

We’re making some adjustments to widen the Close Range meta even further by making additional changes to the best performers, and giving some much needed attention to some old favorites.

Task Force Tyrants begin to deploy on August 24 with the launch of Last Stand, the fifth season for Vanguard and Call of Duty®: Warzone™. It’s good to be bad, and these are the worst of the worst. It’s time to get notorious.

First appearing in Call of Duty®: Black Ops II, Menendez orchestrated a cyberattack against automated drones, turning them against major cities across the United States and China.

The main antagonist of Call of Duty®: Ghosts, Rorke formerly led the Ghosts before being turned against them, paving the way for the Federation’s occupation of the United States.

Unlock Gabriel T. Rorke by purchasing his Bundle when it arrives later in Last Stand.

Seraph first appeared in Call of Duty®: Black Ops III as a playable Specialist. She is utterly devoted to furthering her father’s legacy by promoting the 54 Immortals’ objectives.

Unlock Seraph by purchasing her Bundle, which arrives later in Last Stand.

A Middle Eastern warlord and key antagonist throughout the Call of Duty®: Modern Warfare® series, Al-Asad is the second of “The Four Horsemen,” outranked only by Vladimir Makarov himself.

Unlock the infamous Operator via the Khaled Al-Asad Operator Bundle, releasing in the Store shortly after the launch of the Last Stand Season.

When Is the Next Double XP Weekend for Vanguard & Warzone?

How to fix : Warzone Pacific crashing and restarting on Xbox after 1.5 update ? When Is The Next Call of Duty : Vanguard & Warzone Double XP Weekend ? PlayStation users will get 24 […]