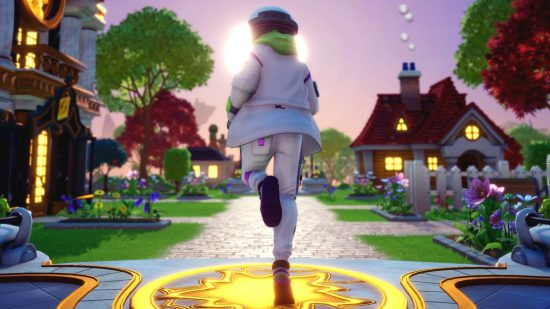 When is the next Dreamlight Valley update?

Announced on November 22, 2022, the Disney Dreamlight Valley Twitter confirmed that the new Toy Story update will be released on December 6, 2022.

This is the second major update to come to the game and it will introduce a lot of new content to enjoy. There is currently no news on any upcoming updates after the release of Toy Story.

Happy anniversary to @Disney and @Pixar's @toystory! Prepare to shrink down for your next big adventure with Buzz Lightyear and Woody on December 6th when Disney Dreamlight Valley's second update launches on all platforms.✨ pic.twitter.com/mg9Bc2YJbF

What is the next update ?

It looks like Christmas and the winter holidays will be celebrated with the update as well, as snow is coming to the valley and a variety of new cosmetic items will be released.

Disney Dreamlight Valley is a life simulation-adventure video game developed and published by Gameloft based on and featuring various characters owned by The Walt Disney Company. The game has players tend to a magical valley populated by various Disney and Pixar characters who previously underwent a curse that caused them to lose their memories of their lives in the valley.

The game was released in early access for those who purchased a “Founder’s Pack” or have an Xbox Game Pass subscription on September 6, 2022, It will be fully released as a free-to-play game in 2023.

What is the FIFA 23 Team of the Week ? FIFA 23 Ultimate Team introduces a new Team of the Week each week that celebrates the best real-life soccer performances from around the world. FIFA […]

Sony PlayStation VR2 for PS5: Release date Sony has confirmed that PlayStation VR2 will launch worldwide on February 22, 2023. In the US, UK, Germany,  France, Belgium, the Netherlands and Luxembourg, the only place you […]