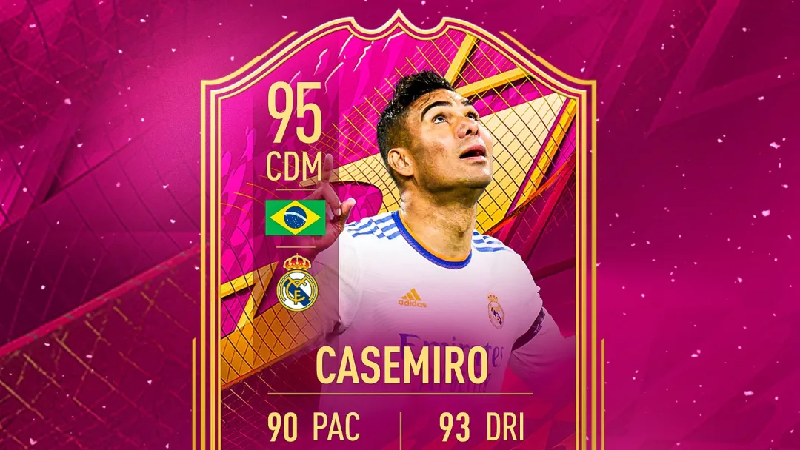 Casemiro is likely to be next in line to join FIFA 22’s FUTTIES Premium target, according to viral leaker @FutSheriff.

With the announcement of FUTTIES Team 2 on July 15, Casemiro could make his debut with FUTTIES Batch 3, which should debut on August 5.

🚨Casemiro 🇧🇷 is added to come via PREMIUM FUTTIES OBJECTIVE 🔥

We don’t yet know what objectives you’ll need to complete in order to obtain this card, but we will update this page as soon as we know.

FUTTIES is a regular promo that was first seen in FIFA 15 and has returned each year – bar FIFA 20 – since.

It’s usually the last event of the current FIFA cycle and has a few different skins, all looking at the ‘Best Of’ and most popular cards from last season.

The player who receives the most votes from the community will earn an upgraded FUTTIES winning item via SBC later that week.

FIFA 22 Headliners Julian Brandt Stats We expect the German to have an 85/86 OVR, which would be a significant improvement to his 81-rated base card currently in Ultimate Team. EA confirms the release of […]