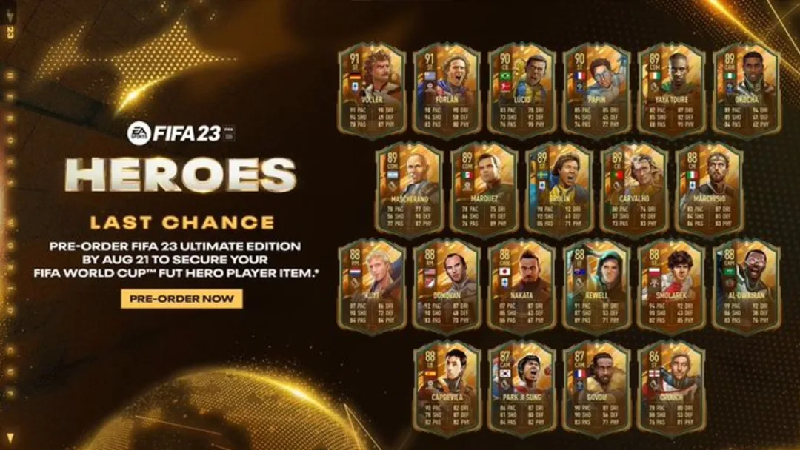 The full FIFA 23 FUT Heroes roster was revealed through a promotional campaign with Marvel ahead of the game’s release and the in-game World Cup event.

Our squad is assembled. Here are the full ratings for your #FIFA23 FUT Heroes 📈