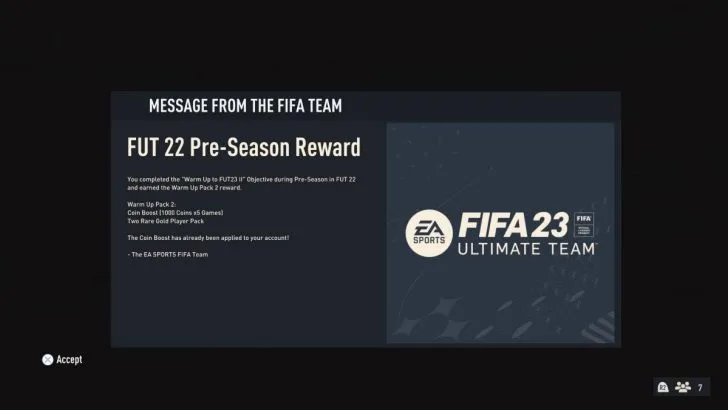 What are the FIFA 23 Pre-Season Rewards ?

Pre-Season was the final promo for FIFA 22 where players could complete in-game objectives and SBCs to earn packs in the new title. FIFA 23 Pre-Season rewards will be granted on or before Oct. 13.

Road to the Knockouts has arrived in #FUT!

FIFA 23 players are unhappy that their pre-season rewards have been issuing incorrect versions of players.

How to Claim Pre-Season Rewards ?

All players need to do to claim their pre-season rewards is to log in to FIFA 23. Once the rewards have been awarded to your account, you will receive an in-game notification from EA Sports. There will be a notification for each pack you have earned in FIFA 22.

Pokemon Scarlet and Violet: How to get Cyndaquil & Oshawott ?

Why Is Darwin Nunez Bald ? Darwin Nunez, known for his luscious dark brown hair, is completely bald in FIFA 23. Now, you may be wondering if the 23-year-old made the bold decision to shave […]