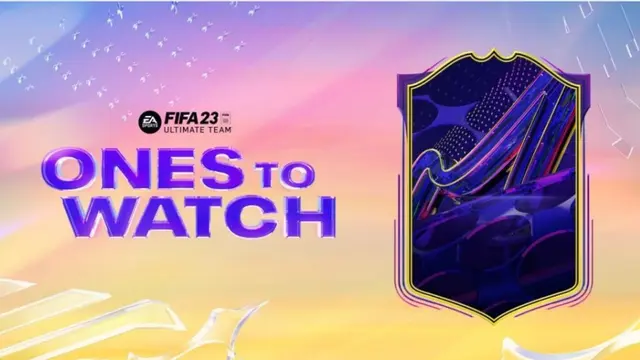 FIFA 23 Ones To Watch are special dynamic items in FIFA 23 Ultimate Team that celebrate the biggest moves during the summer transfer window and update throughout the season based on real-world performances.

FIFA 23 Ones to Watch current ratings

How do FIFA 23 OTW upgrades work?

Each player in FIFA 23 Ones to Watch can be upgraded in three different ways. For starters, “Ones To Watch items will update when they receive a special performance-based item, like Team of the Week or Man of the Match.” If this is the case, your Ones to Watch card will reflect the stats from the TOTW card.

They can also be increased if the player depicted on the card meets certain criteria in the domestic season and during the 2022 FIFA World Cup. OTW players will receive a +1 rating increase if:

What is the  “unrecoverable error” FIFA 23 anti-cheat bug ? PC gamers discovered that they were being kicked out of the game only to receive a message saying, “The application has encountered an unrecoverable error.”  […]