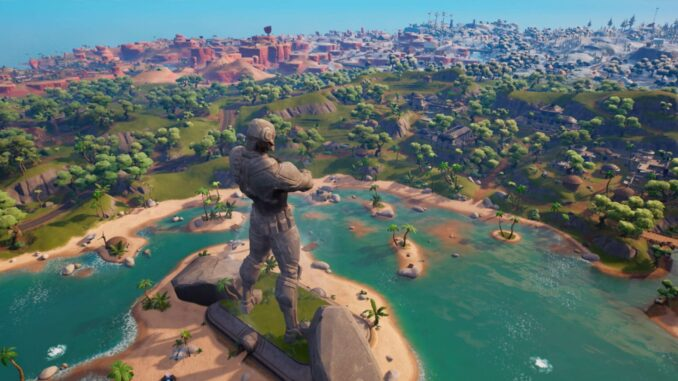 Some one believe that the new season of Fortnite could be themed around Star Wars. Epic Games CCO Donald Mustard has been teasing Fortnite X Star Wars for months. 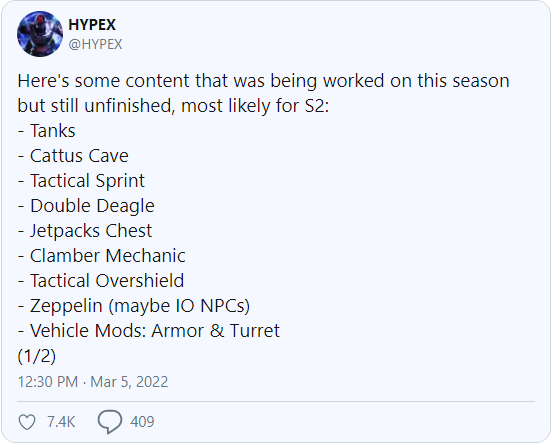 These aren’t the only Marvel characters coming to Fortnite in the next few months, either. Mary Jane Watson was recently leaked, despite Zendaya’s movie MJ being in the game already.

When Does The Fortnite Chapter 3 Season 2 Come Out?

If Epic Games stays true to its routine of regularly scheduled updates on Tuesdays, we can expect Fortnite Chapter 3 Season 2 to release on March 22, 2022,  as the current season ends on March 20 .

The new season of Fortnite is called “Resistance”, which is quite timely given the invasion of Ukraine by Russian forces.

Doctor Strange joins the colorful cast of Battle Pass characters, as does Miles Morales’s uncle, Prowler, who is seemingly the season’s ‘secret’ skin.

There will be a battle pass available for 900 Fortnite V-bucks when the new season starts. So far, though, there are no hints as to what Fortnite skins are coming in the battle pass.

Here's where the earthquake cracks will appear (the red lines), it's most likely multiple drillers or one going through the map looking for something, they enter Tilted for a short time but then they stop next to The Devoured landmark, and they also pop out of those 3 X's pic.twitter.com/G8oDQ52UEN

Fortnite Omega Knight Skin : Release Date, How to get and upgrade It ?