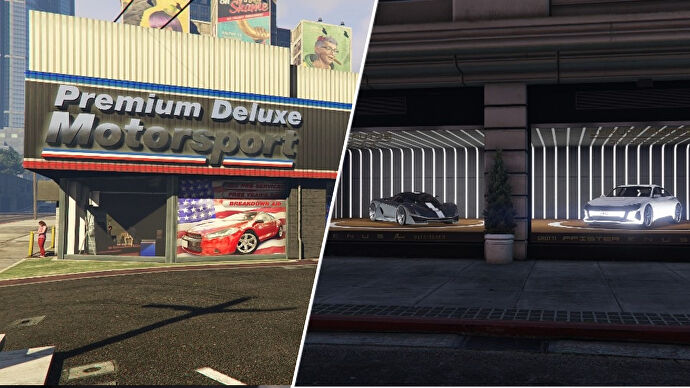 The typical GTA Online weekly update release time has come and gone with no updates to be seen, but now we’re on the lookout for a small content update that’s already live!

This week, GTA Online has two new Vehicle Stores for you to visit and become a loyal patron. The first is Luxury Autos, which is located in Rockford Hills, near the hair salon and clothing store.

The current stock at Luxury Autos is:

Second, Simeon’s Showrooms is now open in downtown Strawberry! The current stock inside is:

This week’s regular time trial is Vinewood Hills. To earn the top prize, you’ll need to beat the event in under 01:27.00.

You can earn extra money and RP in the game by completing certain types of missions.

2x general boost can be found on the following missions:

3x RP and GTA$ can be gained from the following missions:

Sadly, there are no free clothing unlocks this week.

It’s important to make sure your money goes as far as possible in GTA Online. That’s why you should check out the weekly discounts!

Prime Gaming rewards are also regularly up for grabs for those with Amazon Prime and Twitch.

WHAT TIME DOES GRAND THEFT AUTO ONLINE THE CONTRACT DLC UPDATE COME OUT? The release date for when GTA 5 Online The Contract DLC will be released is December 15 and its update time could […]