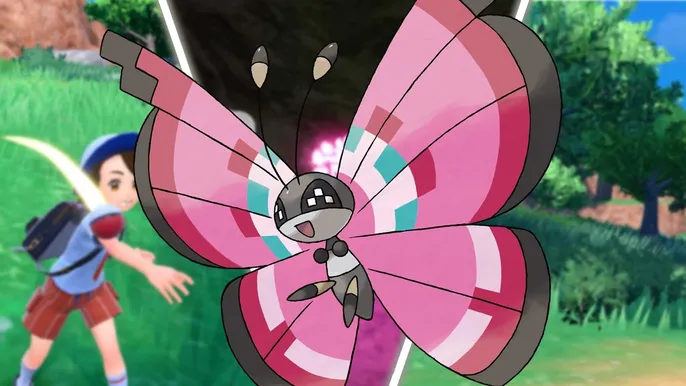 Vivillon is a Pokemon that first appeared in Generations VI in X and Y. It has a total of 20 patterns , of which 18 are geographically unique. To collect them all, you need to get one from the player in each region.

What are all Vivillon patterns?

Pokemon Scarlet and Violet : How to get Vivillon patterns ?

Thanks to Yoriden on Twitter, we know there’s a connection between Pokemon GO and Scarlet and Violet is slated to be released in Spring 2023. Given that Gimmighoul’s Roaming form is being handled through Pokemon GO and it’s the Postcard system, the same can happen with Vivillon.

I was hoping that we would be able to collect the different Vivillon patterns across the map in SV, but that's looking less likely now.

Note that Fancy Pattern was previously an event-exclusive, now it may be the only pattern in-game. pic.twitter.com/iJcD7sanER

One idea is that if you can get the postcards in different regions and capture the different forms in Pokemon GO, those forms could be available to catch in Scarlet and Violet if you link the account. mine.

It’s also possible that Vivillon’s forms will work the same way as Generations VI in X and Y (you can check the guides bellow), and you’ll need to trade the models for other players through the new Special Trade system.

How to Get Special Event Vivillons

In this post I will tell you how to download your shared folder content using Remote Web Access. Note: you will required a computer that is already connected to the Home Server, to see how to […]

Since the release of Kindle Fire there have been a lot of customization guides that have helped Kindle Fire users to enhance the functionality of their tablets. In a previous post I showed you how […]

In a client-server environment users are bound to forget their passwords or end up having expired accounts. A password reset in such a case resolves the problem.  In this post I will tell you how […]