Billions of people around the world log onto gambling sites every week – and some every day. Many of those people believe that they are in control but, in this article, we’ll reveal some of the sneaky ways in which gambling and betting companies keep customers interested. 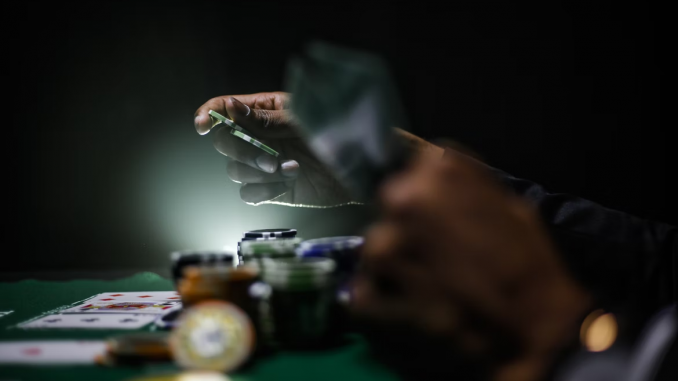 Gambling and betting are massively popular and, for many of us, buying a lottery ticket or placing a bet on the Grand National is something that we do without a great deal of thought. While we may feel that we’re making gambling choices in a rational and controlled way, in reality, that’s not always the case – in a lot of instances, we are, in fact, being subtly manipulated by betting sites and companies and, in this article, we’re going to take a look at the sneaky ways in our betting habits are being influenced.

You might have noticed that some gambling companies offer odds on a cluster of events, for example: Manchester United to win 3-1 over Burnley, Marcus Rashford to score first. On the surface, this does, of course, seem like a pretty good deal – after all, it’s reasonable to assume that Rashford could score first and, a very real possibility that Manchester United will win. However, this isn’t quite the bargain that it seems as, the likelihood of both of these things happening during the match are probably closer to 50-1. Scorecasting is, essentially, a technique used by bookmakers to make the punter think they’re getting a great deal when, in all probability, they’re not.

However much a person enjoys a gambling activity such as playing slot machines, the bottom line is that their ultimate goal is to win. For most casual gamblers, a loss will often result in them losing interest and walking away – something that, needless to say, gambling companies don’t want them to do. Businesses get around this by framing a loss as a win – for example, if you pop £2 into a slot machine, you may get a message flashing up with bells and whistles announcing ‘Winner paid £1 !’ In reality, the player has, in fact, lost £1 but, framing this as a ‘win’ helps to keep the player’s interest in the hope that he or she will then plug more cash into the machine.

Bigging up the near miss

If there’s one thing worse than losing, it’s losing by a teeny tiny margin. Also known as the ‘house money effect’, this is a psychological approach used on slot machines. The idea is that, for example, when a player spins and gets two cherries and a lemon, it’s a definitive loss. If, however, the third reel stops part way between a cherry and a lemon, this is a near miss – and one which makes the player believe that he or she ‘nearly won’ and that, following that logic, a win is possible. This will often result in the player feeding more money into the machine in order to chase that win.

The need for speed

If you play slot machines, either in real life or online, you may notice that they appear to spin faster than they used to. This is a tactic used by gambling companies to make games move faster in order to get players to hand over more cash. For many players, the speed of the game becomes a personal challenge in much the same way as a video game whereby being able to ‘keep up’ makes the player feel more highly skilled than might actually be the case.

So, you’ve just signed up to a gambling website and no sooner have you pulled the trigger on your first game, you’ve scored your first game! Feels great, doesn’t it? This is an old trick but one which works nonetheless. When a player scores an early win, it gives them a warm fuzzy feeling and, by association, gives them a great impression of the site that they’re using. This will, of course, encourage them to keep playing with the assumption that another win won’t be far behind. This is very much akin to a drug dealer giving out free samples in order to get people hooked – and turn them into paying customers.

The term ‘nudge’ has become something of a buzzword in the sales and marketing world and is used to describe the way in which a company might ‘nudge’ a customer toward making a particular purchase. An example of this would be a shop which has an overstock of bottles of fancy expensive water and, in order to sell these, will place them in prominent positions in the store, while placing other, cheaper bottles of water, out of view.

In the gambling world, this has translated into ‘dark nudges’ which are used extensively with online gambling such as online casino games. Gambling companies employ features such as touch screen access in order to make the process as easy as possible for players. They also offer an increased range of options to keep customers interested.

The biggest factor here though is that AI is used in dark nudges in order to read and analyze a player’s preferences and behavior and to then tailor the gambling experience for them. This all comes together to improve the user experience and to therefore make the customer keep coming back for more.

Another old tactic which is simple but effective is used by most online gambling companies – the free money trick. These companies attract new players by offering them free cash for signing up. The player is attracted by the fact that they are being offered, say, £10 to play with which they see as a gift. Of course, this doesn’t actually cost the company anything but it is a popular tactic for reeling customers in, in the hope that once the freebie is gone, they will plug their own hard earned cash into the site.

This tactic is used by many many different sectors – for example, a variation of this would be a supermarket loyalty scheme whereby they will ‘start you off’ with £5 credit to encourage you to increase your points by spending more in the store. This tactic is known as ‘perceived value’ in that it costs the company little or nothing but the customer sees this as something of value for themselves.

While this may all seem a little sinister, all of these tactics are simply variations of standard sales and marketing techniques. The objective of any gambling company or site is to take in more cash than it pays out – this is simply good business sense. If a gambling company, for example, decided to be super-honest and, all the way through the user experience, told players that they will, in all likelihood, lose more than they will win, they would soon find themselves without any customers.

There’s absolutely nothing wrong with having the occasional flutter but, it is a good idea to educate yourself on some of the ways in which a company or site may be trying to influence you – and, of course, you should always gamble responsibly and never bet more than you can afford to lose. For more information about great games, and responsible gaming, visit EnergyCasino blog.