From a venerable name better associated with electrostatic panels, here’s its biggest box to date. 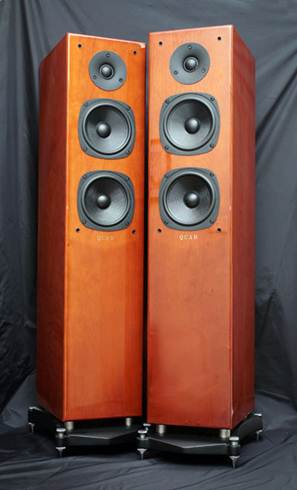 Once upon a time, one of Britain’s brightest stars launched a pair of electrostatic loudspeakers that changed the way many listened to music. Quad’s Peter Walker has long since passed away, but his brand remains and its speakers are held in high esteem. The 23L Classics hark from the affordable end of the range; they’re standard box speakers and not panels. This is the smaller of two floor standers in the range, and is available in wood veneers, plus premium lacquered finishes – all are superlatively well done.

The 23L is a three-way design, sporting a 25mm fabric dome tweeter with shallow waveguide, 125mm woven Kevlar midrange cone and an identical unit to do bass duties, plus a passive 165mm down-firing ABR (Auxiliary Bass Radiator) to add low-end reinforcement. This new model gets an enhanced crossover with ‘top-quality’ components used throughout, including precision-wound inductors, laminated silicon-iron cores for the bass coils and polypropylene capacitors in the signal path. The cabinet carcass uses two different wood materials to minimize resonances and specially selected long-hair acoustic absorbent lining is used inside and twin rear firing reflex ports are fitted. Despite this, the 23L sits happily quite close to a wall and is easy enough to drive. 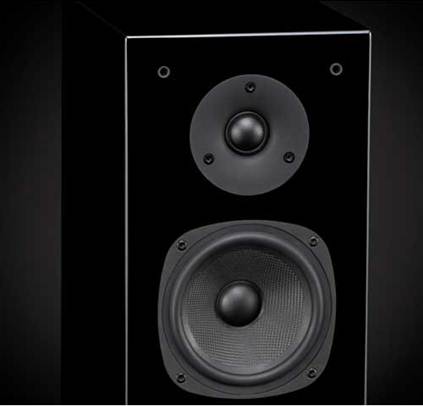 Dynamics are good, the speakers give a lovely, fast, taut snare drum sound, which sits behind the close-milked vocals.

These Quads have a surprisingly light and spruce sound; there’s no sense of them being quiet, shy or retiring. The cabinets appear extremely well damped and don’t contribute one jot to the sound, instead that honor goes to the Kevlar mid and bass units, which have a distinctively finely etched, intricate sound that throws masses of detail out at you in an immediate, engaging way. The tonal balance certainly isn’t dull, and I’d imagine it could veer towards hardness in the wrong system. Birdies Singes a joy; lots of information pours out with great eagerness and punch, making for a very animated presentation. Dynamics are good, the speakers give a lovely, fast, taut snare drum sound, which sits behind the close-milked vocals. Backing vocals aren’t quite as apparent as the Splendors, the Quads preferring to work with the instruments towards the front of the mix.

The New Order track follows the same theme; masses of information is ferreted out of the busy mix, with lovely rhythmic interplay between electronic snares and hi-hats. Vocals sound intimate and close-up, and those digital synthesizers sparkle with harmonics. The downside is that the bass line isn’t particularly strong, although it certainly bounces along nicely, and there isn’t much stage depth to the proceedings; as with the High Llamas track, everything is served up right at you without any room to roam. 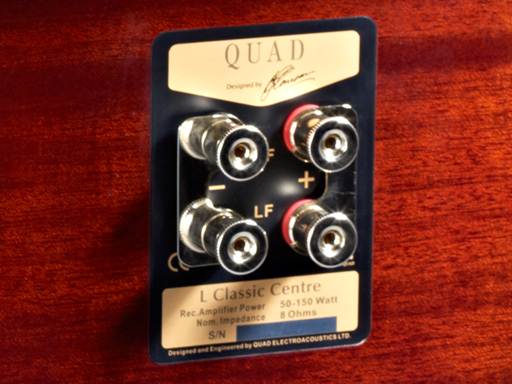 Backing vocals aren’t quite as apparent as the Splendors, the Quads preferring to work with the instruments towards the front of the mix.

The Lou Donaldson piece again shows the Quads’ fine rhythms. However, although they are explicitly detailed and with lacerative speed, they don’t really better the Spendors, yet the latter manages a more beguiling, subtle and natural presentation. This got me musing that the 23Ls sound more like Missions than they do Spendors, which is something you’d never have said of Quads of yore! This isn’t to denigrate them; match to a warm source and place them close to the wall and you’ll have a vivid listening experience with masses of detail and insight, yet retaining that slightly ‘dry’ tonality that has been the brand’s trademark. Interestingly voiced, they’re well worth a listen.

Quad’s reputation for conservative specification lives on in the 23L, the claimed 88dB sensitivity being fully 1.5dB below our pink noise figure of 89.5dB. This is achieved in part by resort to low impedance, our measured minimum of 3.6 ohms being a little lower than Quad’s claimed 4 ohms and inconsistent with the 8 ohms nominal specification. Impedance phase angles are quite large at LF, but the minimum EPDR of 1.7 ohms is slightly higher than the group average. On-axis response errors of ±5.0dB and ±3.7dB would be a lot better, but for a peak at 16kHz. Pair matching error was a little high at ±1.5dB, but the largest disparities were above 10kHz. Bass extension is disappointing at 79Hz, the gentle roll-off beginning at a high 130Hz. The CSD waterfall confirms fast initial energy decay, although there is a rather poorly damped resonance at around 3kHz.