The Beogram 4000 has a smooth, silky, luxurious sound that encourages long listening sessions. No matter how late it is, there always seems to be time for one more side of an LP. Another quirk is that vinyl surface noise is unusually well suppressed, making quiet passages and the gaps between tracks sound almost CD-clean. 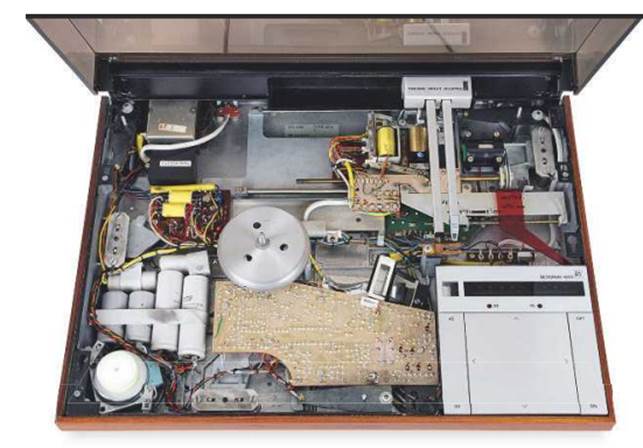 Removing the top plate reveals the sheer complexity of both the mechanics and electronics involved. The sub-chassis and cue/lead screw are both clearly visible

Furthermore, the use of tangential tracking means that distortion levels do not rise at the beginning and end of each side of the record (as they do with conventional arms), so after a while it is easy to forget that you’re listening to vinyl. Nevertheless, one occasionally hear an unusual ‘swooshing’ sound which is generated by the record slowly walking round on the hard plastic ribs of the platter if the former is not completely flat. Contemporary reviewers repeatedly complained about this and begged B&O to change the design. This it only did in 1982 for the last of the big tangential-tracking Beograms, the 8002. The stubby, tapered centre spindle and the shallow lid preclude the use of clamp to minimise this effect.

Mussorgsky’s Pictures At An Exhibition [RCA Victor LSC-2201] proved to be a compelling listen on the Beogram 4000. The recording requires a turntable which can set sudden bursts of activity against a quiet background, which the 4000 did exceptionally well. Although not the brightest sounding of decks, the B&O rendered the percussion and woodwind, both of which occasionally become quite energetic, with an ease that leaves you wanting for nothing more. 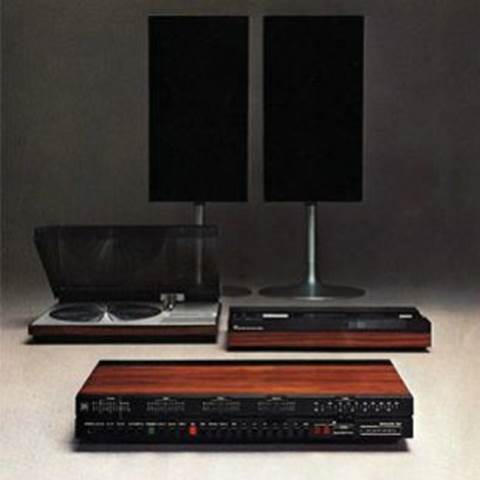 B&O also released a receiver to match – the Beomaster 4000

At the bass end, the thundering subsonics of ‘Bydlo’ were both fulsome and accurate, suggesting that the sophisticated arm is at ease and well behaved. There was no loss of detail as each side came to a close, so you are able to enjoy the likes of the ‘Ballet of the Chicks in their Shells’ as if it were optimally placed in the centre of the recorded area. To these ears this ability alone places the Beogram 4000’s performance above what is achievable with conventional turntables of any type.

The Mussorgsky album is typical of what the original Beogram 4000 customer would have listened to, but even more modern styles do not seem to seriously wrong-foot it. Along with an album of 12in remixes of Howard Jones tracks, The Pet Shop Boys’ Introspectiveand Kate Bush’s The Kick Inside, one of the LPs I tried was Orchestral Manoeuvres In The Dark’s Architecture And Morality [Dindisc DID12, blue outer sleeve version]. 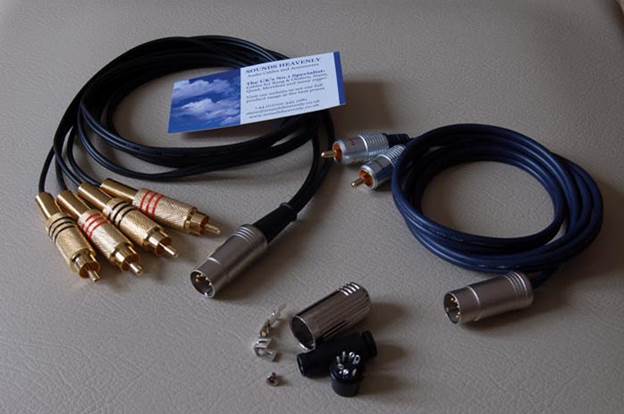 Here, when playing tracks like ‘Souvenir’, I found that the Beogram 4000 possessed surprisingly good timing for a belt-driven deck. Of course, the accuracy of a good Japanese quartz-locked direct drive was never going to be on the menu, but the heavy platter and powerful motor meant that the B&O came surprisingly close.

True, some will prefer a more vivid top-end when listening to electronica like OMD’s, but set this aside and the 4000 just sounds relaxed, solid and natural – surely the purpose of the whole business of hi-fi.

Finding a used Beogram 4000 is not difficult. Broken styli can now be repaired and Soundsmith manufactures complete replacement cartridges.

The ‘tongue’ onto which the cartridge mounts is fragile, as are the connections to the coil inside the cartridge itself. The latter cannot be repaired, so don’t remove the cartridge unless it is absolutely necessary to do so.

Instead of the correct SP15, MMC4000 or MMC20EN cartridges, one occasionally sees units fitted with lesser models, often taken from worn-out music centres. Types MMC3000, MMC20S and MMC20E fall into this category and while they will work, they do not offer the same level of performance. At the other end of the scale, types MMC6000 and MMC20CL are useful upgrades if you can find examples of either in good condition.