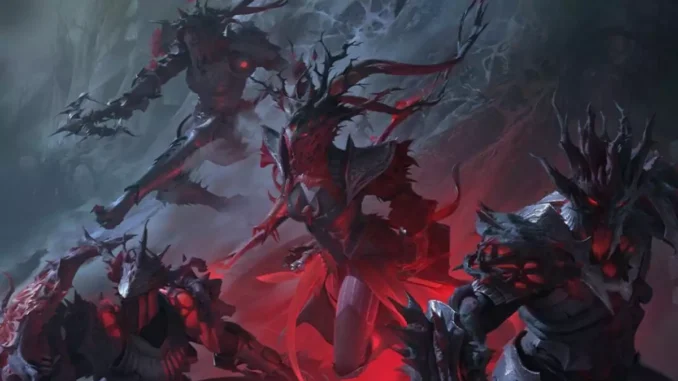 You can take part in a new Diablo Immortal Hungering Moon Event, which will run from July 15-18, beginning and ending at 3 am (server time) each day.

The developers call the brave adventurers of Sanctuary to “lend your hand to satiate the hunger of the moon” during the first Diablo Immortal event weekend. While not specifically confirmed, we expect the Hungering Moon weekend event to focus on Dark Wood.

Diablo Immortal Hungering Moon’s gameplay will revolve around collecting Moonslivers, which can be exchanged for Blessings.

Earn Moonslivers, trade them for Blessings, and after earning seven Blessing you’ll be able to claim a random reward, and perhaps even the favor of the moon itself.

MultiVersus Season One : Release Date, time And how to download ?

MultiVersus – How To Fix : “You Have Disconnected Error” ? Multiversus Update Patch Notes Open Beta V0.1 (July 26) MultiVersus Season One Release Date ? It’s expected that season one of MultiVersus will commence […]

Yu-Gi-Oh Cross Duel: How to download on Google Play and iOS for mobile

Marvel Snap : How to download on iOS and Android ? Yu-Gi-Oh Cross Duel is a 4-player card battle Yu-Gi-Oh! video game for Android and iOS . A closed beta for it started on October […]