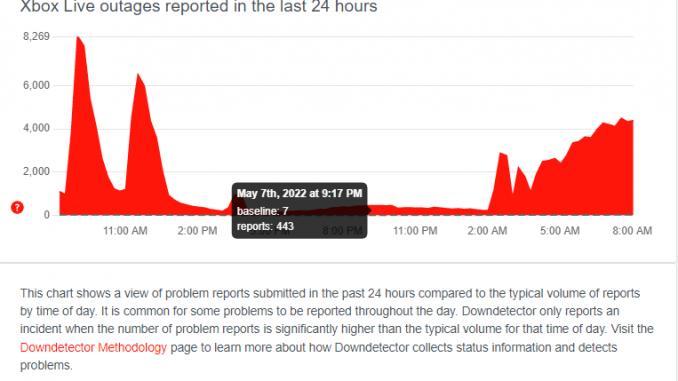 Xbox Live is currently down ?

According to Downdetector, reports started spiking shortly after 2:15 AM, and presently there are 4378 reports (Most reported problems : 47% is Server Connection, 45% Game Play and 8% about Login) 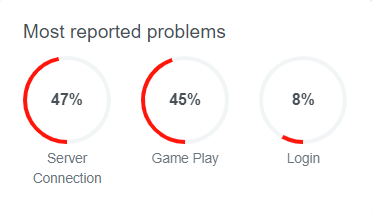 Reports of outages are pouring in from the US, the cause of the outage is currently unknown, but it appears that only Xbox Live services are experiencing an issue at this time. 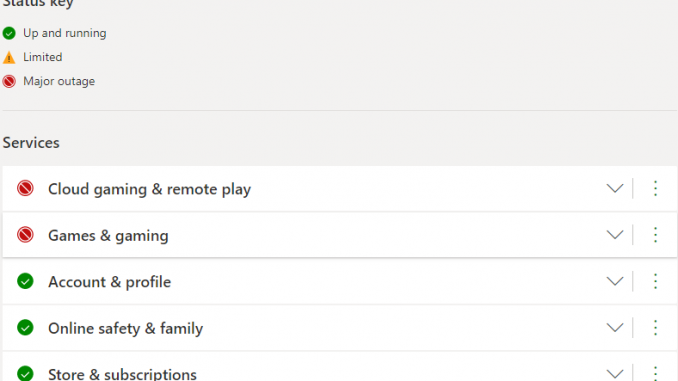 The official Xbox Support Twitter account has now weighed in as well, adding credence to the outage reports.

We're aware that some users may be unable to launch games on Xbox consoles and through Cloud gaming, and our teams are investigating. We'll update here and on our status page when we have more information to share. https://t.co/kQKp1LYR4o

Some of the issues that gamers could be facing:

Evil Dead The Game servers down, not working on Xbox? How to check server status

Battle Net Servers Down: WoW, Diablo, Call of Duty, Overwatch affected by DDoS Attack Xbox Live is currently down and How to check server status ? Evil Dead: The Game has finally been released, but […]

Top 10 Most Played MMORPGs (May 2022 ) Is Fortnite Down? What is the Esp-buimet-003 Error code and How to fix ? Xbox Live is currently down and How to check server status ? Battle […]