Fortnite Chapter 3 Season 2 will kick off on Sunday, March 20. Server downtime will start at 7am. m. GMT (12AM PT / 3AM ET) with matchmaking disabled 30 minutes prior.

The new season of Fortnite is called “Resistance”, which is quite timely given the invasion of Ukraine by Russian forces.

Doctor Strange joins the colorful cast of Battle Pass characters, as does Miles Morales’s uncle, Prowler, who is seemingly the season’s ‘secret’ skin.

Details are still emerging but it looks like after the addition of sliding in Chapter 3 Season 1 there will be even more mobility options in this new season with Parkour element being added with climbing now possible.

Here's where the earthquake cracks will appear (the red lines), it's most likely multiple drillers or one going through the map looking for something, they enter Tilted for a short time but then they stop next to The Devoured landmark, and they also pop out of those 3 X's pic.twitter.com/G8oDQ52UEN 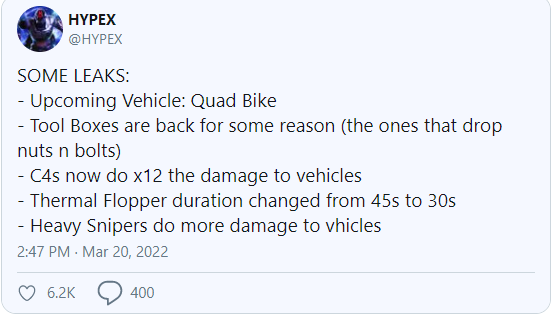 Fortnite Chapter 3 Season 2 – will see Dr. Strange and Prowler join the Resistance and take on IO in a war for good. All signs point to this being one of the most action-packed seasons yet! Take a look at the trailer below. 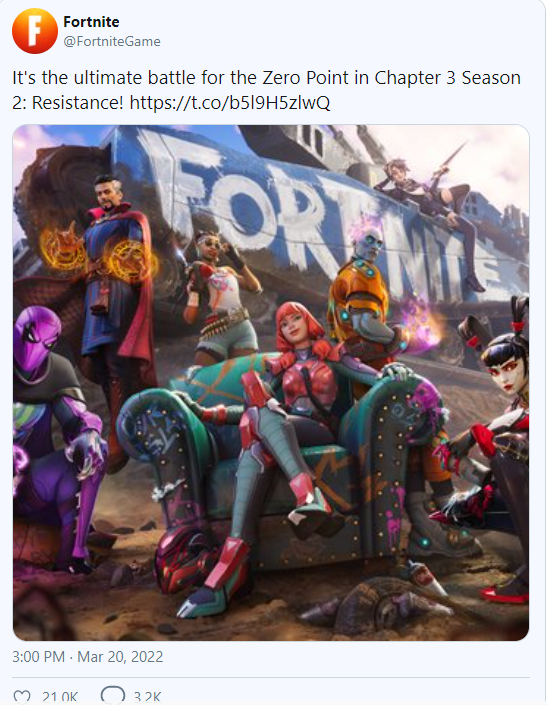 These aren’t the only Marvel characters coming to Fortnite in the next few months, either. Mary Jane Watson was recently leaked, despite Zendaya’s movie MJ being in the game already.

Fortnite downtime today – When will servers be back up ? .

Fortnite Chapter 3 Season 3 : Every new, vaulted, and unvaulted weapon Fortnite downtime today – When will servers be back up ? . To purchase the Battle Pass, you’ll need 950 V-Bucks for the […]