Ahead of the preseason update scheduled for October 5, 2022, LoL patch 12.19 buffs, nerfs and adjustments have been revealed.

LoL Patch 12.19 is available on PBE, players can try out the new Spirit Blossom skins .

The new skins have the champions dressed in oriental-style clothing that is covered in Spirit Blossoms from head to toe . All but one are expected to be priced at 1350 RP, with the Legendary Sett skin priced at 1820 RP. 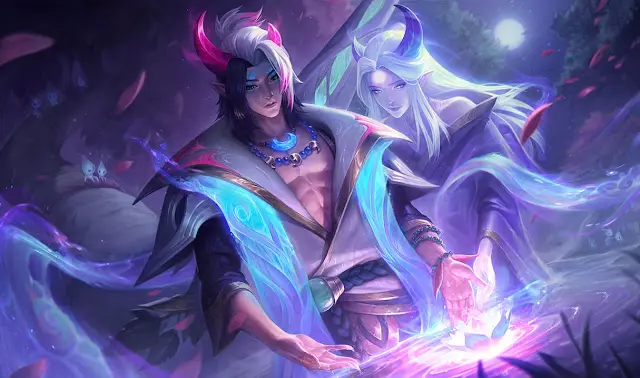 Syndra's midscope is going to PBE this cycle, starting today! It's a long list, and there's a few extra surprises you'll quickly see in-game. Come try it out and let us know what you think pic.twitter.com/OU8jc77HOl

“We’re gonna have more on our thoughts behind the mid scope soon. But the main goals were keep her core gameplay but enhance her passive to open up bigger high moments and real feelings of power upgrades.”

LoL Syndra’s Force of Will (W)

The following champions will be receiving a buff of some kind:

The below champions with be receiving a nerf on October 5, with more details to be revealed closer to release:

A few changes to Off-Meta builds as well as some changes to various languishing champions. Mostly not trying to overhaul the practice environment, but addressing a few clearly weak champions and some that are outliers. pic.twitter.com/hhopKA7DfY