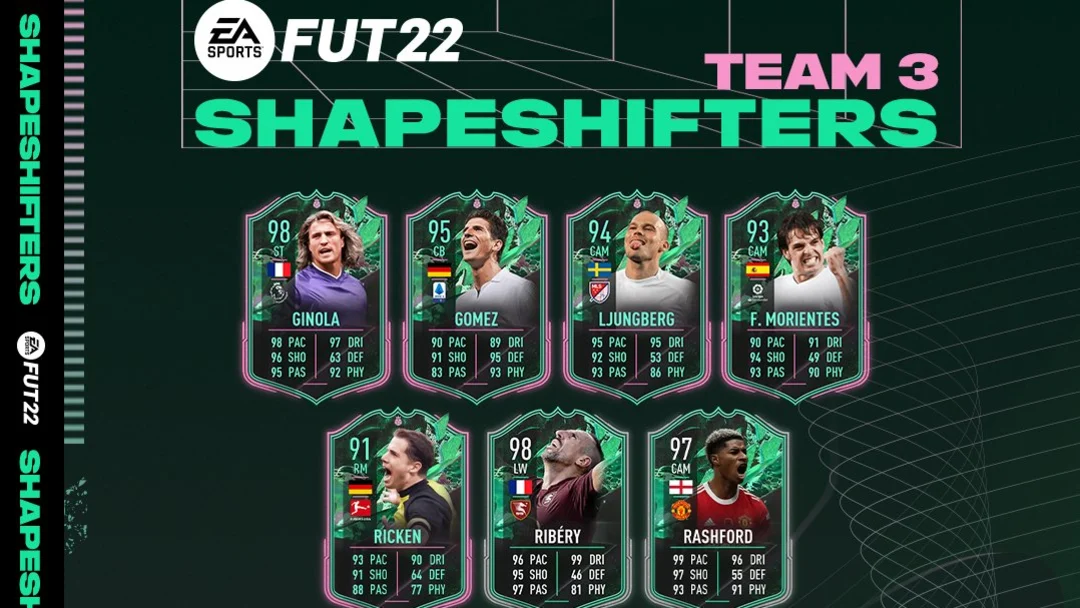 According to EA Sports, Team 3 is available in bundles until July 8, with a mini-release this Sunday. Based on this calendar pattern, if we get a fourth and final team, the Shapeshifters promotion should drop packs on July 15.

With rumors of Team 4 set to come soon, here’s when we expect Shapeshifters to leave packs in FIFA 22.

FIFA 22 TOTW 15 predictions | FUT Team of the Week It appears that Pierre-Emerick Aubameyang will receive a Moments SBC in the next few days. The exact time frame remains a mystery, as are […]

Marvel’s Midnight Suns is an upcoming tactical role-playing game developed in collaboration with Marvel Games by Firaxis Games. It will include characters from various Marvel Comics properties, including Midnight Sons, Avengers, X-Men, and Runaways. Players […]