N600 DB is a wireless ADSL router designed for high throughput tasks such as video streaming. Router has a thing that Belkin calls Multibeam technology: it is similar to D-Link SmartBeam technology, which presents at DIR-645 router, where router can gather energy for connected devices to improve throughput. It is also dual-band, so devices with compatibility can connect to router via 5GHz band to avoid interference. 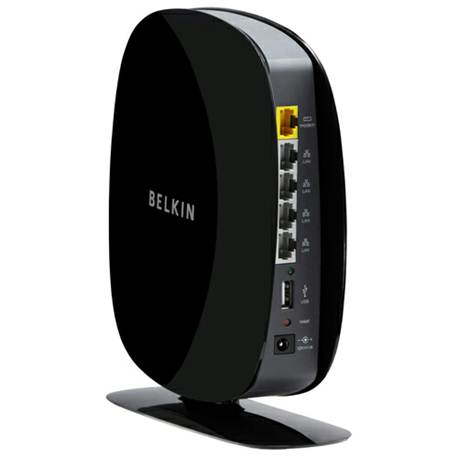 Setup is simple, and can be executed through wireless connection so that you will not need to move PC near router. When you plug the router in the ADSL line, setup CD takes you go through searching and connecting to a router from PC via an encoded wireless connection, before it tests ADSL link and requires your wide band username and password. The only strange thing is that it asks for VPI and VCI numbers, which we had never asked before when setting up ADSL router, although the numbers 0 and 38 are often effective. We completed ADSL link with secured wireless connection within 10 minutes after plugging in router, and it was quite impressive. 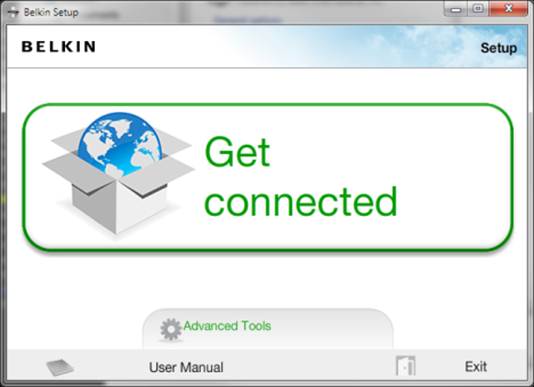 The setup CD also installs Belkin Router Monitor, which is in the System Tray. Right-clicking its symbol will give you key buttons to router’s web-based setting pages, tutorial document, media sharing, and backup. The last option appears when you connect a disk with router’s USB port. We plugged the NTFS external 500GB hard disk in, and the router recognized it immediately. When the disk was connected, you can browse its content on any PC with the installed Router Monitor software, and you can also play video and audio, and view image files on DLNA or UPnP devices via network. We encountered no problem when playing music, watching film or picture via network on PC and Motorola Defy smartphone running its preset DLNA app. Also, you can use Router Monitor to back up selected folders on PC to the connected hard disk, and it will automatically back up new files once an hour. 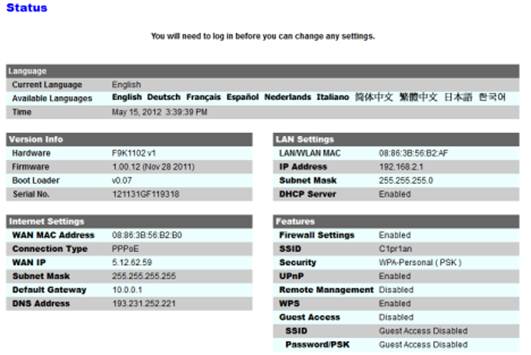 To come to router’s advanced settings, you need to use web interface. There is no breakthrough in layout, but it is easy to see where all options are and the help text is clear. All normal options are present, such as port switch and QoS features, and we especially like guest network. Here, you can set up a wireless network that guests will be able to access internet but unable to access anything on your network. Besides, you have an option to create a non-encoded client network, which is protected by WPA or’cafeteria style’, where you can connect to the network freely but then are displayed a web page requiring log-in password. 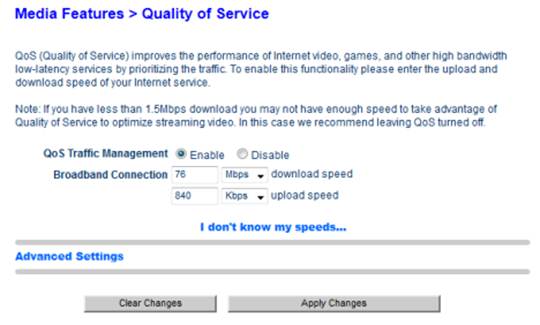 N600 DB is easy to set up and has some additional features that are well performed, with a big advantage – very fast transfer speed. When testing Centrino 2 laptop in the 2.4GHz mode, we recognized 43Mbytes/s at the 1m range and 40.1Mbytes/s at 10m, and the 17.9Mbytes/s was extremely fast in the test of 25m range. This makes Belkin router nearly as fast as D-Link DIR-645 and Buffalo GigaStation WZR-HP-G450H, which are our champions of modern speed, at the range of 25m; however, router glides in the 5GHz mode. Using Centrino 2 laptop, at the open channel-bonding turbo mode, we found 66.3Mbytes/s at 1m, 63Mbytes/s at 10m, and 17Mbytes/s at 25m. In 5GHz mode and connected to the Centrino 2 laptop, this is the fastest router we have seen at 1m and 10m, and it is not far behind compared to the leading routers at the range of 25m.

Belkin N600 DB has all these things: nice design, easy setup, extremely fast speed, and strong features. It is also great value, so it is a good bargain if you are looking for a high-grade ADSL router.