PS5 restocks continue this week according to multiple PlayStation 5 stock trackers, so check these retailers 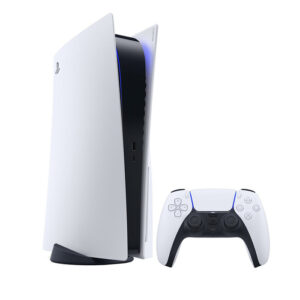 Amazon, after a strong start, has tailed off in terms of PS5 stock, with few new shipments arriving. Rumor has it more are coming for January, though, and with us now in January 2021 we think it very smart to check in on the PS5 product page at Amazon every single day. Also, Amazon has a load of official and unofficial PS5 accessories available right now, too.

Amazon UK went dark in the few weeks leading up to Christmas regarding PS5 restocks. But as in the US a new wave of consoles is expected in January 2021. Worth checking every day.

WHERE TO BUY PS5 IN THE USA

PlayStation Direct
Sony released multiple waves of PS5 consoles over the past month, having eager fans queue just before the stock drop to get their hands on a PS5 or PS5 Digital Edition. Stock of both consoles became available last night so head keep an eye on the site going forward. It usually advises an hour plus waiting time when you land on the page, and the Disc version usually goes live first, so be prepared to put your time.VIEW DEAL

GameStop
GameStop saw a PS5 restock last week, along with more Xbox Series X|S, and Nintendo Switch. The retailer had console bundles with a selection of great PS5 games, but sold out pretty quickly. lf you missed out, we advise you make sure you have an account set up to get through checkout as quickly as possible next time, and stay frosty for another inventory drop. VIEW DEAL

Best Buy
Best Buy has had a number of PS5 restocks since launch and has been selling the PlayStation 5 in various bundles, too, including things like extra controllers and games. As rumored, the retailer dropped more inventory today and appears to be launching the hardware in waves. PS5 stock trackers advise the consoles are pick up only, so check your local store’s stock once Best Buy has another PS5 restock.VIEW DEAL

Target
Target had a PS5 restock in every week of December last year, although available store inventory tends to differ by region, so you’ll need to check what’s going on at your local Target this January. The retailer offers Drive Up or Pickup services only, so as with Meijer, you’ll need to be in the general area to place your order. It had a PS5 restock last week, so worth checking out your local store for availability when it becomes available again.VIEW DEAL

Walmart
Walmart has been a great place to buy PS5 over the last couple of months, with numerous PlayStation 5 restocks going live. It also has one of the biggest selections of games and accessories on offer, too, with the HD Camera and DualSense available. More consoles arrived last week, and unlike some stores Walmart is actively combatting scalper bots, so once it has another PS5 restock, we advise heading over there for a fair chance at picking up a console. VIEW DEAL

Costco
Costco released PS5 bundles for members in December last year. The bundle included Spider-Man: Miles Morales Ultimate Launch Edition, an extra DualSense Wireless Controller, and one month’s PlayStation Now Membership, so sign up or find someone who’s a member in case we see another in early 2021.VIEW DEAL

Meijer
Midwest retailer Meijer released its PS5 stock online to mPerks members only on Black Friday. However, you had to be local to the stores, as it only offered pickup, not delivery. We’ll be keeping an eye on the retailer in case it joins the fray again, and we advise you make an account beforehand, so you can snap up a console if it does.VIEW DEAL

WHERE TO BUY PS5 IN THE UK

Argos
Late last year, Argos confirmed states that it would be out of PS5 stock “for the rest of 2020,” but things are looking up with a restock a PS5 rolling out late last night, according to UK stock trackers. Gamers are being advised to shop through the Argos app to get through checkout as fast as possible, so make an account, download the app, and get ready for another wave of consoles. VIEW DEAL

Very
Very’s PS5 launch day consoles were a lovely surprise, and in another unexpected turn of events, it had another restock of PS5 consoles at the beginning of December last year. Since then things have been quiet but we’re hearing one more tranche is being dropped this week. We don’t know which day, but stock trackers are suggesting it’ll be between 10am and 12pm on the big day. We also hear that it’ll be PS5 bundles only, so you may need to resign yourself to the fact that you’ll be spending a little extra to nab your console. VIEW DEAL

GAME
GAME has swung from PS5 zero to PlayStation 5 hero recently, with multiple restocks letting thousands more gamers to get their hands on a console. It unleashed a number of bundles last week, but has sold out already. We’ll be keeping an eye on it going forward. VIEW DEAL

Currys
Currys PC World dropped a new tranche of PS5 consoles last week. These consoles have now sold out, though, and reports coming in to T3 indicate that there was little to no AI scalper bot protection. This probably explains how the systems have sold out so fast. Those scalper orders may be cancelled, though, so we could see more systems made available very soon.VIEW DEAL

Box.co.uk
Box.co.uk has been good for gamers getting PS5’s as not only has it had multiple stocks of consoles, but it also has been operating a lottery system to get them. That means that scalper AI bots cannot buy them all up in seconds. Right now both the PS5 and PS5 Digital Edition are listed as ‘coming soon’, so this is definitely a smaller retailer to keep and eye on.VIEW DEAL

ShopTo
ShopTo rolled out more PS5 stock at the start of the month at a discounted price. That discount only ended up being a few pennies, but we wouldn’t expect a PS5 price drop this soon after launch anyway. The main draw was that it was back in stock. ShopTo is another one to watch over the coming weeks.VIEW DEAL

AO.com
AO.com PS5 stock is currently out of stock but the retailer does say that it is going to be “back in stock soon” which indicates to us that we’ll see some more available early in the new year. AO is good for cheap PS5 games as well.VIEW DEAL

John Lewis
John Lewis PS5 consoles went live earliest on PS5 launch day, and that led to its store to crash under the load. The PS5 product page says “we are now out of stock”, so for the time being things don’t look great. If we were to guess when more consoles will be made available then we’d say February 2021.VIEW DEAL

Smyths Toys
Smyths Toys was amongst the retailers that got a PS5 restock last week, but it quickly sold out, as you’d expect.  The website says its next influx of stock in February, so we’ll drop by the site again next week. VIEW DEAL

WHERE TO BUY PS5 IN AUSTRALIA

Sony Store Australia
Both versions of the Sony PS5 have now sold out at the official Australian Sony Store. There were more consoles available on the US site last week, so check in often in case the Australian site also gets another influx.VIEW DEAL

JB Hi-Fi
JB Hi-Fi’s PS5 consoles are now listed as out of stock, however it does say that “please continue to check back online for further updates”. Feels like an outsider chance to us.VIEW DEAL

Harvey Norman
Harvey Norman’s PS5 pre-orders are all out, but both the full fat PS5 and PlayStation 5 Digital Edition are listed as “coming back soon”, so worth keeping an eye on.VIEW DEAL

EB Games
Not want gamers want to see. EB Games is currently sold out of both consoles and also, those sold out consoles were for a “2021 shipment”. Sheesh, talk about a let down. Can’t say waiting months after release is the stuff that gaming dreams are made of.VIEW DEAL

The Gamesmen
The Gamesmen, unsurprisingly, don’t have any PS5 consoles in stock, with even its December shipment of consoles raided by desperate gamers. No PS5 from the Gamesmen until 2021.VIEW DEAL

Target will reportedly be selling PS5 consoles online on morning

Target’s online PS5 restocks have been keenly anticipated for a while now, with rumors rife on social media for weeks. After some false starts over the last few days, however, we have been left disappointed […]

If you’ve previously missed out on getting your hands on a PlayStation 5 you could be in luck as the popular console has been restocked Amazon, EE and BT Shop today – but its selling fast. PS5 RESTOCK POSSIBILITIES Amazon US You […]

According to a new report, a new Target PS5 restock is dropping this week, and it will be the retailer’s largest PS5 restock to date. The information comes from PS5 resupply tracker and tracker, Jake […]