Does your cell phone battery leave you hanging on a regular basis? Does it require charging multiple times per day, and lose its charge rapidly even when not in use or being used sparingly? If these problems sound familiar, your phone’s battery is likely in steep decline. While the lithium-ion batteries found in modern cell phones are head-and-shoulders above the nickel or acid-based batteries of the past, they are not immune to degeneration. Luckily there are few tips and tricks that can help preserve and maximize your battery’s potential and keep you connected all day. 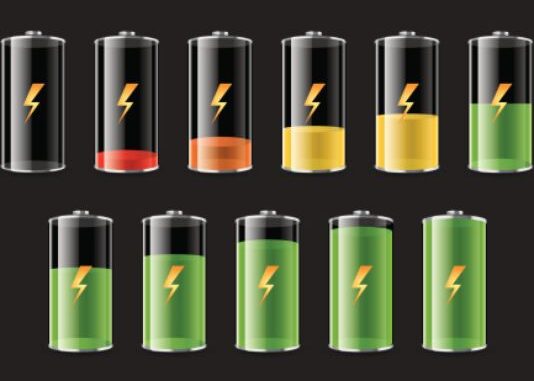 Your battery’s potential hinges almost entirely on your charging habits. There are a lot of myths and misunderstandings floating around the Internet about proper charging technique. The most notorious of these myths (and potentially most detrimental) is the notion of the “battery memory effect.” The memory effect postulates that a battery which isn’t charged above a certain threshold regularly will “forget” that it can use the extra capacity above the threshold. If a battery isn’t charged above 90 percent regularly it could lose the ability to charge above that mark. Eventually the battery will tell your phone that 90 percent is 100 percent. Therefore it is essential to charge your battery to 100 percent regularly, and keep it there as much as possible.

The memory effect is a real and demonstrated phenomenon, and can severely limit the potential of nickel-based batteries. One problem, however, is that nickel-based (or NiCd) batteries are virtually nonexistent in current phones. If your phone was manufactured after 2011, it almost certainly contains a lithium-ion battery, the new industry norm.

While the batteries have changed, the understanding of the technology has not. Lithium-ion batteries have made the memory effect a thing of the past, yet many people still keep their phone charged to maximum capacity as much as possible. This can be potentially damaging to your lithium-ion battery’s potential. Your battery’s life is harmed by continuous charging. This isn’t to say that your phone shouldn’t be regularly charged to full capacity- a full charge keeps your battery fresh by activating its entire capacity. Bring your phone to a full charge once a day, but do not leave it on the charger when not in use once your battery is full.

Avoid “quick” charges, or short periods of charging to bring your battery life up just a little to get by. It can be tempting to charge your phone for 20 or 30 minutes when you find time, but doing so regularly is damaging to your battery. Only charge your phone when you know it can stay on the charger for at least an hour.

While proper charging is paramount to a healthy battery life, the subsequent discharge is critical in keeping your battery healthy for the long term. Do not leave your phone charging continuously once it has reached maximum capacity. Though most modern chargers will automatically cut the current when the battery is full, it will reactivate the current once your battery dips below a certain threshold — usually 98 percent. This means your battery will be continuously charging and discharging only within 98 and 100 percent range. To keep your battery healthy, you need to allow it to charge fully and subsequently discharge to “work out” the entire spectrum of capacity.

You’ve probably heard of the “full discharge” theory, which states that you must regularly let your battery completely die to preserve its capacity. While there is no evidence this technique will harm your battery, there is no concrete evidence that it will benefit your battery either. If you are regularly dipping below 10 percent it is a good idea to simply let the battery die as opposed to charging from there, but don’t worry about making an effort to execute a full discharge. 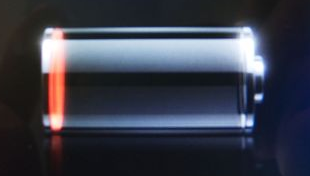 Modern cell phones have more capabilities than even the most cutting-edge technology of a few decades ago. There’s nothing wrong with embracing these features and getting the most out of your phone, whether it’s staying connected or passing time with a game. However, don’t go overboard. Games devour battery charge, making smart charging and discharging practices nearly impossible. If you find yourself playing over an hour of mobile games a day, it is probably worthwhile to invest in a handheld gaming system. Cell phones which are used for over an hour of gaming a day are more susceptible to battery damage.

Turn off Bluetooth and Wi-Fi when not in use. If you know there is a network in your current location, turn on your Wi-Fi adapter and connect. If not, don’t leave your adapter constantly searching for open networks.

Avoid using your phone during charging. Many people avoid draining their battery by gaming with their phone plugged in; this is the cardinal sin of battery maintenance. Charging during use puts your battery in a sort of limbo, a high stress situation in which it is constantly losing and gaining charge. Not only does this state of limbo harm your battery’s potential, it causes your battery to heat up rapidly. Gaming and charging are the two activities that will heat your battery up the most, and combining the two can be catastrophic. Heating of the battery is not only damaging to its capacity potential, it can lead to death of the battery or even a battery rupture, which almost certainly will kill your phone entirely.

Your phone’s battery is a complex tool that is susceptible to damage just like any other piece of technology. Allow your phone to charge completely, but be sure to unplug it and subject it to normal use once it reaches 100 percent. Discharge your phone normally, but set a limit at which you recharge it, usually 20 to 30 percent. Avoid reaching critically low capacity, and if you do, let the battery die. Avoid using your phone (especially for gaming) while it’s charging. By following these steps you can ensure that your battery will be capable of holding a charge all day for years to come.