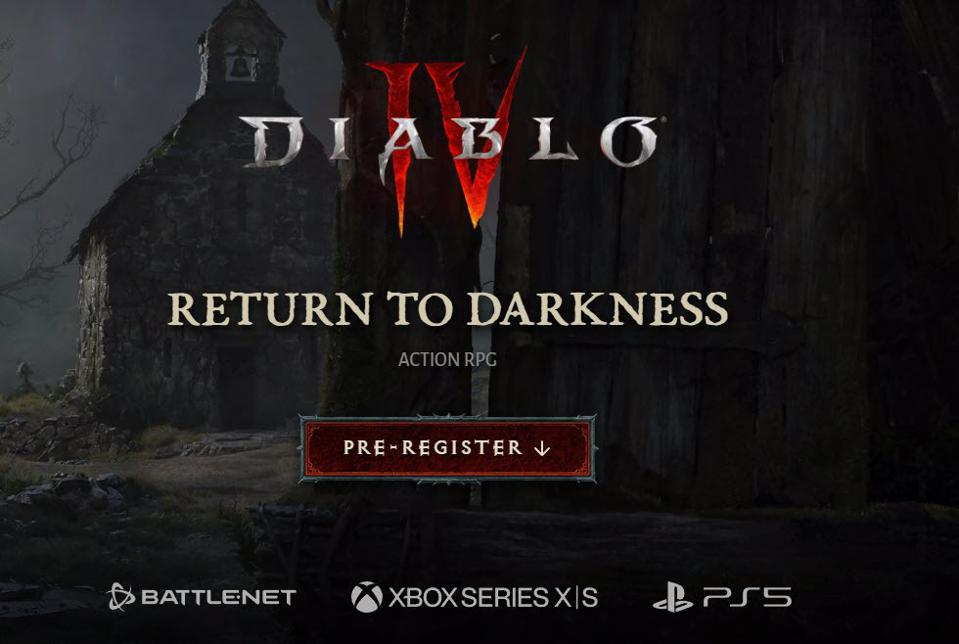 Activision Blizzard has confirmed that the fifth playable character class in Diablo 4 will be the Necromancer. It will be the first Diablo game to feature an open world and offer character customization options.

Diablo 4 will be released in 2023, as revealed during a detailed review of the game at the Xbox and Bethesda Games Showcase.

Character customization was also shown off. The fifth and final class, Necromancer, received a short advance. This is the final class that will be in the game at launch.

Blizzard Entertainment announced today that Diablo IV, the next generation installment in the genre-defining series, is debuting in 2023. Blizzard also announced that Diablo IV is coming to Xbox Series X|S and PlayStation 5, alongside versions for Windows PC, Xbox One, and PlayStation 4, with cross-play and cross-progression enabled for all platforms.

Inside Sanctuary — a realm long embattled by the devastating wars between the High Heavens and the Burning Hells — decades have passed since the events of Diablo III: Reaper of Souls, but the world remains plagued by a sinister, corrupting force. And now Lilith, the Daughter of Hatred, has been reborn in the mortal world and is determined to rule over Sanctuary once more.

Joining the battle alongside iconic classes Barbarian, Sorceress, Rogue, and Druid is the legendary Necromancer, the fifth playable character class, which returns with newly designed undead mechanics. Players will be able to utilize the Necromancer’s Book of the Dead, an all-new ability for the class, allowing them to dominate the battlefield with deeper customization of their undead army than ever before. Fight with aggressive skeleton Warriors, fast-attacking Skirmishers, sword and board Defenders, or scythe-wielding Reapers. Unleash a litany of spells with Skeleton Mages, imbuing them with shadow, cold, and sacrificial magics. Deploy tanking Bone Golems, health-stealing Blood Golems, and charging Iron Golems. Or sacrifice them all to absorb their power.

“We can’t wait to open the gates of Hell next year—the talented team behind Diablo IV puts gameplay first in everything they do, and they have built the biggest and most ambitious vision of Sanctuary yet,” said Mike Ybarra, president of Blizzard Entertainment. “This sprawling world draws deeply from the dark well of the franchise’s 25-year history and is designed around the philosophy of player choice, offering an adventure unlike anything Diablo players have experienced before.”

Diablo IV’s version of Sanctuary is massive, and every inch is rife with opportunity for adventure. Character customization in the game is richer and more extensive than ever, and players will be able to let their curiosity (and perhaps foolishness) guide them through over 140 dungeons and dozens of side quests in their pursuit of victory over Lilith’s forces . . . and ever-more-powerful gear. Mighty world bosses pose added challenge throughout Sanctuary, encouraging players to team up with others they encounter on their journeys to defeat them and reap their treasures. And for the first time, players can forever alter the world around them by conquering and converting corrupted Strongholds into friendly outposts.

There’s no golden path to follow in Diablo IV; players can choose to progress in whatever nonlinear way they want to. This open-ended experience extends to the end game, where players can test their skills in Nightmare Dungeons, enjoy combative mayhem in dedicated PvP zones, build Paragon Boards to continue advancing and customizing their characters beyond max level, and engage with the Tree of Whispers to unlock further world objectives and bounties and acquire Legendary gear.