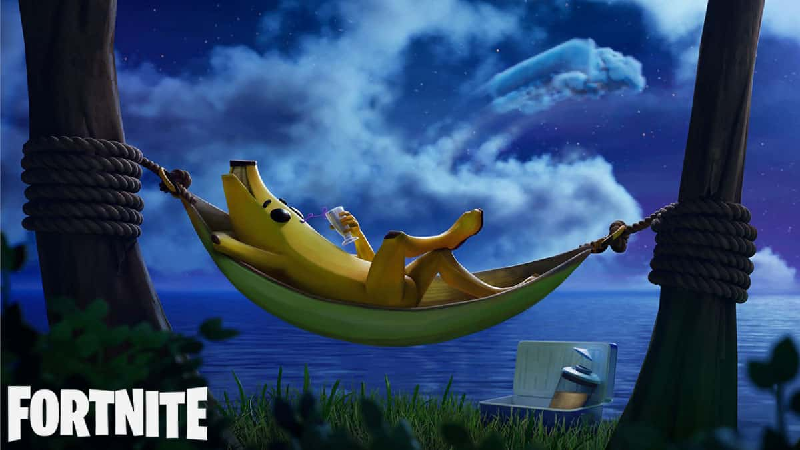 Here are all of the Fortnite 21.20 cosmetics Leaked : Skins, Pickaxes, Back Bling …

Over ten different Fortnite skins have been found in the 21.20 game files, most of them coming from the Squad Origins set. There’s also Khari from the Starlit Archer outfit, who leakers believe will be the reward for an upcoming Galaxy Cup.

The Squad Origins set also comes with Season Signature Back Blings, each resembling a season from Chapter 1.

Only one new harvesting tool has been found in the 21.20 game files so far, the Moonlit Bowblade, which will be part of the Starlit Archer set. Also coming is a new Emote called Fort Knighted, where players “rise as a knight of the realm.”

Most of these Emoticons show different characters like Drift and Komplex with different psychedelic art styles. Plus, there are even more FNCS cosmetics like Peaceful Emoticon and King and Champion Spray.

Ready for some fortune and glory? Indiana Jones’ Battle Pass Quests go live starting 9 AM ET on July 6, 2022! Complete these Quests to unlock the Indiana Jones Outfit and more items from his Set.

Just in time for Indy’s entrance, the Shuffled Shrines temple has been discovered on the Island! Explore this POI just west of The Joneses for an ancient architecture adventure.

Found from the ground, Chests, Supply Drops, Reality Saplings, and sharks, pick up the new Charge SMG to wind up a punch! You’ll activate a charge by holding down the trigger, and the more you hold it, the more bullets you’ll release when you let go. How to know when to release? You’ll see a gauge on-screen showing how far in the charge you are. Send a strategic full charge or a spontaneous partial charge!

Fortify Fast With The Port-A-Fort

Nothing says good vibes like convenience: the Port-A-Fort is back! Throw down a Port-A-Fort — found from the ground as well as Chests — to fortify yourself in seconds. Zero building is required, as the fort will arise on its own.Ripsaw Launcher Location