Genshin Impact 2.8 Phase 1 begins on July 13, 2022, with Kazuha and Klee having their highly anticipated reruns coinciding with the new Version Update.

The featured 4-star characters on their banner are:

The leaked weapon banner for the first half features Lost Prayer to the Sacred Winds and Freedom-Sworn. Both of these weapons synergize with Kazuha and Klee.

The second weapon banner will feature the rerun of the 5-star bow, Thundering Pulse, and the polearm 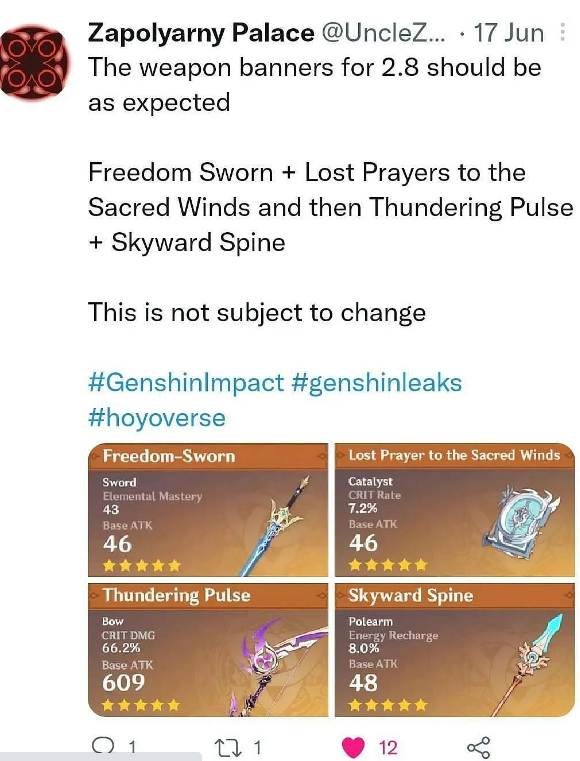 Genshin Impact : What banner is next after Arataki Itto for update 2.4 ?

GENSHIN IMPACT UPDATE 2.4 RELEASE DATE : The release date for Genshin Impact update 2.4 is January 5th. MiHoYo has confirmed that Itto ends on January 4, and its position as the final banner means that the […]