Given that all the deck’s major functions were controlled electronically, it was natural to include full automation. A second arm, running in parallel with the one supporting the cartridge, carried a lamp and a photocell which could detect the black ribs of the platter. This was used to detect the presence and size of a disc; so to play a record of any size the user simply had to place it on the platter and then touch the area of the control panel area marked ‘on’. Following this command, the arm would move inwards to the edge of the record and then lower automatically under electro-pneumatic control.

Contemporary B&O brochure details the flagship 4000’s specs inside, though the cover shows the platter of the lesser 1202 deck

If a 7in record was detected the speed would be automatically switched from the default 33.3rpm to 45rpm, although this could be over-ridden manually if necessary. If no record was present the arm would return to its rest and the machine would shut down. The 4000 was as foolproof as it was possible for a turntable to be.

For cueing, pausing and track selection the arm could be moved manually using the four-way rocker plate, which formed the centre of the control panel. Two traverse speeds in either direction were offered, selection being based on how hard the control pad was pushed. The arm was automatically lifted if these functions were used, so there was no fear of damaging either the record or the stylus.

Meanwhile, an illuminated pointer and log scale (0 to 100a) were fitted so that it was possible for users to annotate the sleeves of their records with the position of each track, making selection easy even under subdued lighting conditions.

The system which controlled the automatic functions of the Beogram 4000 was implemented using digital integrated circuits; it was one of the first consumer products to employ this technology.

The tangential tracking system was the key point of technical interest. Optical sensing was used to measure any error present in the arm position and all but the slightest deviations were then corrected by signalling the servo motor to move the arm base along by the required amount.

The design enabled corrections to be made in both directions – an arguably needless refinement since the grooves in records only ever run from the edge to the centre. This capability was removed from the simplified Beogram 4002, which replaced the 4000 for the 1976 season.

The record’s run-out groove was sensed by looking for a call for a large servo correction near the end of the arm’s travel: a clever touch which removed the need for additional sensors. 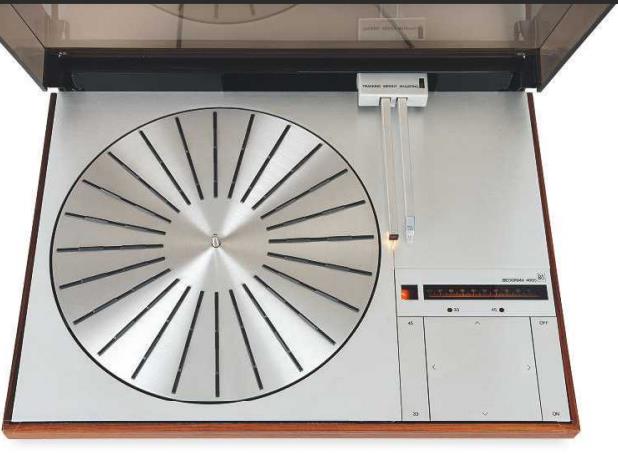 With looks like these, is it any wonder that a Beogram 4000 is part of the permanent Museum Of Modern Art collection in New York? In pure styling terms, few turntables come close

The arm was tipped with a moving-iron cartridge, purpose-designed and originally known as the SP15 but re-named the MMC4000 soon after the deck’s release. Supplied as a sealed and calibrated assembly, this cartridge was unusual at the time because of its non-replaceable stylus. B&O initially offered complete replacement units at half-price to allay customers’ fears of potentially high operating costs.

Since there is no conventional head shell you can only use B&O cartridges in the Beogram 4000, but this is no hardship since on the whole they work very well and will connect directly to any quality amplifier with an MM-type input. However, an adapter will be needed for the DIN plug if the rest of your system uses RCA sockets. What’s more, this must be made to a specification which accommodates the turntable’s grounding requirements. 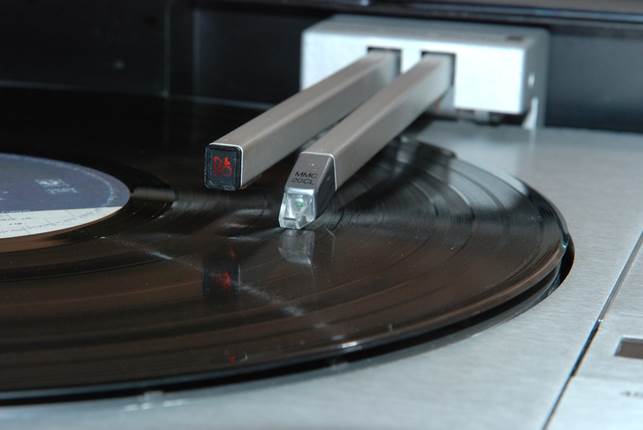 A close up view of the two arms, the one on the left is the sensor and the one on the right is tipped with a purpose-designed moving-iron cartridge. Note that there is no headshell