Televisions used to be a simple affair, you tuned into a channel for the show you want to watch and that’s the end of it. But Toshiba believes that a TV should do much more than being a passive display for your media consumption. Thus, the company introduced the new Pro Theatre L4300, a one-of-a-kind smart TV that runs on Android. 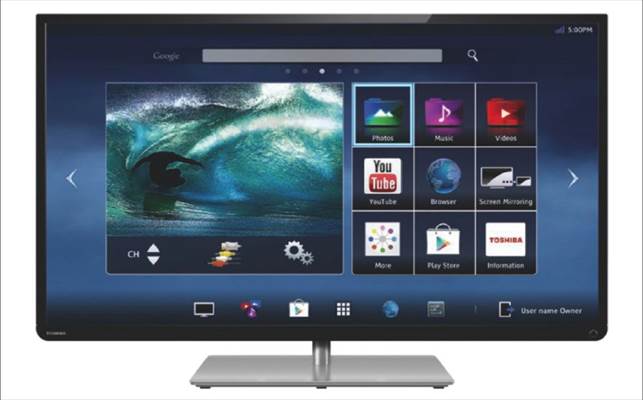 A great TV for full immersion in Full HD entertainment

With a display measuring 50-inches across, the L4300 has a minimalist design with a relatively slim bezel, rounded corners and matte black finish. The included stand, which appears small when compared to the main display, holds up well. From the front, the overall look is sleek, yet subtle, a quality that you’d want in a TV. However, from the side, the L4300 measures 84mm thick, which is a tad bulky for a LED TV of this size.

The L4300 comes with two remote controls, a traditional remote with a number pad, a button for almost every function, and directional buttons; and an “easy” remote for navigating the TV’s smart features, namely Android.

While the more traditional remote has a nice matte finish, a satisfying tactile feel, and intuitive enough for the average TV viewers, the shorter “easy” remote has a glossy face, with six-buttons, and an analog stick-like slider. 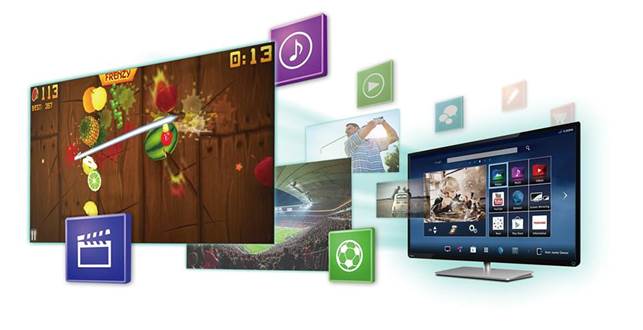 Enjoy thousands of free apps from the Google Play™

While the “easy” remote makes navigating the Android menu easier via an on-screen pointer, we often find ourselves with each remote in hand, as the directional buttons allow for brisk navigation, especially with long menus.

Picture quality on the L4300 is excellent as expected. According to Toshiba, the TV uses an Active Motion Rate (AMR) 100 technology, which is capable of simulating a 100 Hz refresh rate. It also relies on Toshiba’s enhanced AutoView technology – Intelligent AutoView – to reproduce realistic colors. 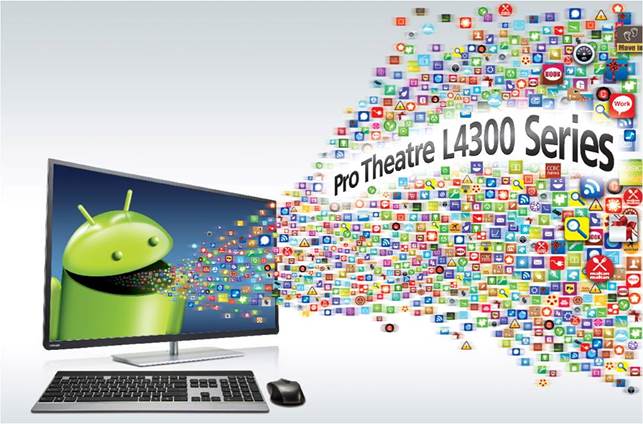 Experience the fun, excitement and instant convenience of accessing a huge number of apps on a larger-than-life, professional big-screen TV

Running on Android 4.2 (Jelly Bean) OS with a custom skin, the L4300 has 2.3GB of onboard memory. It also has a large number of downloadable apps, with web browsing and Miracast wireless screen mirroring being some of the better examples. Mirrored games were surprisingly playable, thanks to a higher frame rate of 60FPS, but at the same time, limited to only 720p resolution.

The L4300 offers a small, yet extensive selection of connectivity options. On the back, you’ll find ports for HDMI, LAN and VGA, alongside inputs for Component Video, Composite Video, HDMI audio, analog audio, and a connector for the TV antenna. On the side panel are three USB ports and one HDMI port. 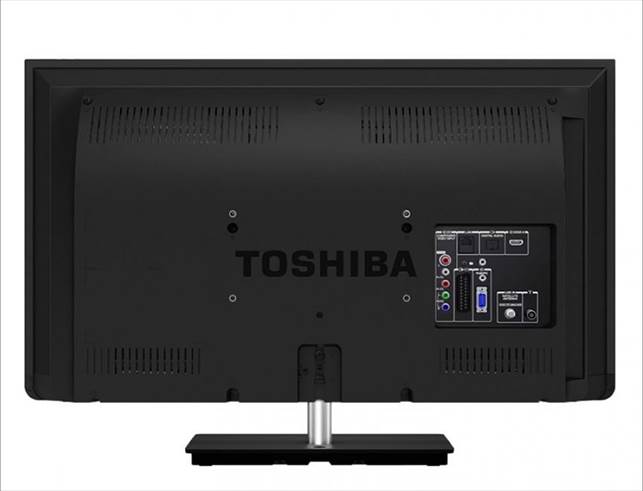 We wished that the L4300 has more HDMI ports as a typical setup would require one HDMI for a set-top box, another one for a gaming console, and an additional port for a media player. We also found that the generously recessed side panel can be hard to reach, especially if you plan to wall-mount the TV.

For its price, we expected more from the Toshiba Pro Theatre 50L4300VM. With that being said, it is still a great choice for those in search of a 50-inch LED TV with an extensive library of Android apps, excellent picture quality, and smart capabilities.