Under the bonnet of this luxuriously appointed, fully balanced integrated amplifier lie some novel design features. Its sound quality is something special as well 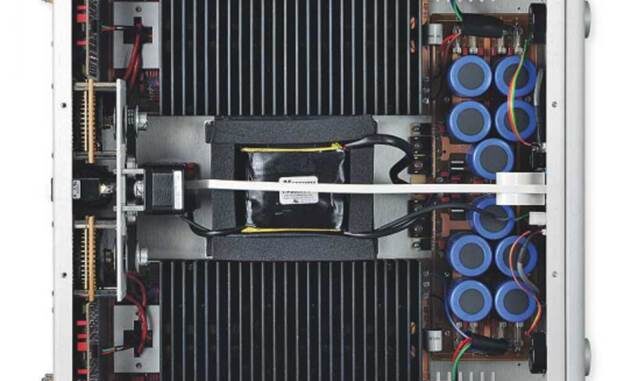 The amplifier modules are embedded under heatsinks but the most remarkable feature is surely the belt-driven stepped attenuator – one for each channel!

Is there something in the Colorado air that caused Boulder, situated in the foothills of the Rocky Mountain National Park, to become such a hotbed of America’s high-end audio scene? It’s home to PS Audio, Jeff Nelson’s Boulder Amplifiers (of course), Avalon Acoustics, Ayre Acoustics – and YG Acoustics is barely 20 miles away too. Boulder, it seems, is something of a hi-fi haven.

Audio observers may recall that Ayre Acoustics’ owner Charles Hanson was the founder of loudspeaker specialist Avalon Acoustics before selling that company, and setting up Ayre Acoustics in 1994, in order to focus on the design of high-end electronics. While I’ve never met Hansen I’ve long considered him a thoughtful and creative designer never afraid to push boundaries and think outside the box.

If not the first, Ayre Acoustics was certainly one of the first high-end specialists to embrace the new dawn of higher resolution digital audio around the turn of the century by producing a universal DVD-Audio/SACD player. It was based on a Pioneer ‘engine’. Today Ayre is one of only a handful of specialists with a universal Blu-ray disc player in its product portfolio – based on an Oppo engine that uses a MediaTek platform. 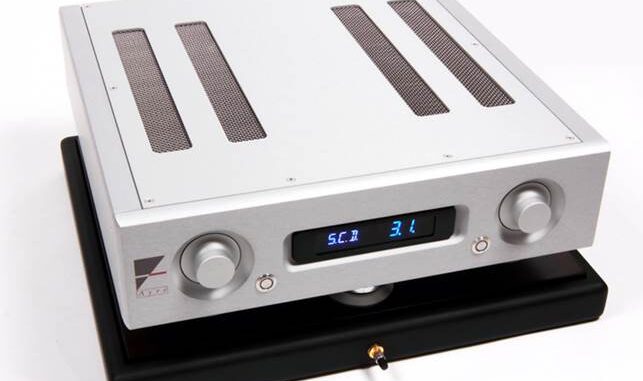 Rotary encoders are for source selection and volume, plus navigation of the setup menu when in standby. Push buttons are for tape output on/off and mute/standby

Ayre’s A-to-D and D-to-A converters are legendary in many high-end circles. And it is Hansen and his colleagues who have designed the innards of Neil Young’s forthcoming Pono portable hi-res audio player [www.ponomusic.com]. I’m told Hansen was chuffed to secure the design contract as he’s been a Neil Young fan since his teenage years!

I’ve been looking forward to hearing this brand new AX-5 integrated since listening to an assembly of its larger siblings driving a Wisdom Audio loudspeaker system at HFN’s The Hi-Fi Show in Windsor last October, in UK distributor Symmetry Systems’ demonstration room. In some ways the AX-5 represents a distillation of Ayre’s ‘purist’ philosophies, as it employs both the company’s ‘Diamond output circuit’ and the elaborately-designed volume control trickled down from its flagship KX-R preamplifier ($23,535.37) introduced in 2008 and recently upgraded to the KX-R Twenty in celebration of Ayre’s 20th anniversary this year. 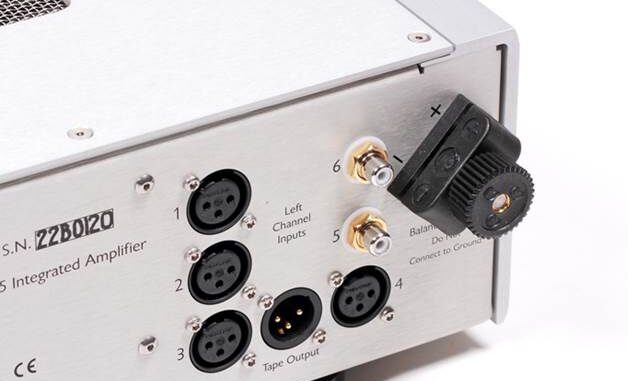 Says Charles Hansen: ‘With the KX-R we threw 55 years of preamplifier history out the window and created a new topology. In 99.9% of preamplifiers the signal comes in at a lower level than a power amplifier requires; a gain circuit boosts the signal, and a volume control in front of the [fixed] gain circuitry attenuates the signal. The drawback of this is that noise in the circuit remains fixed and ultimate signal/ noise ratio is only achieved at maximum, unattenuated, volume.

‘In the KX-R the gain of the circuit is variable by changing its transconductance, though we use the name ‘VGT’ for Variable Gain Transimpedance. For our latest AX-5 integrated we eliminated the preamp stage altogether and simply made the gain of the power amplifier variable using VGT – and added an input selector. This is the simplest possible signal path in any audio amplifier ever made.’

In the fully-discrete, fully-balanced, zero loop feedback AX-5, Ayre’s VGT circuit governs how much gain is generated by the amplifier’s input stage, four complementary differential JFETs. The volume knob on the right of the fascia acts as an encoder to control a pair of motor-driven Shallco silver contact rotary switches (one for each channel, conjoined using toothed belts), each of which contains dozens of hand-selected, low-noise resistors.

Volume level can be adjusted over a range of 69dB in 46 steps of 1.5dB. A single resistor mounted in a terminal block governs the AX-5’s overall gain range and can easily be changed should the need arise, to accommodate overly-sensitive or insensitive partnering loudspeakers.

Meeting the challenge The AX-5 didn’t fully pull its punches to conceal the recording’s shortcomings, leaving me craving a little more upper bass ‘bloom’ to flesh out the track’s stridency. But I was left convinced […]

Ultra-purist aims Ayre’s VGT methodology certainly imbues the AX-5 with peerless S/N performance, although it’s not entirely without consequence . And while it works flawlessly, the amplifier’s elaborate stepper motor system results in a Heath […]