What Naim terms iRadio is obviously the now near ubiquitous and highly useful Internet radio. What’s nice is the way Naim has preconfigured its menus for less adventurous types like me who tend to stick with the good old BBC. The front page of the selection interface in N-stream highlights some currently Beta ‘Hi-Def’ streams from the BBC. While this is a terrible misnomer it does at least mean that we can have speech on Radio 4 at a very acceptable 128kbps AAC, making John Humphreys sound big and butch rather than weedy and thin. Even better, a quick turn to Radio 3 and I happened upon some Clementi being played by Howard Shelley and the piano sounded fantastic –deep, rich and full of timbre. A great recording rendered solidly across the Internet! 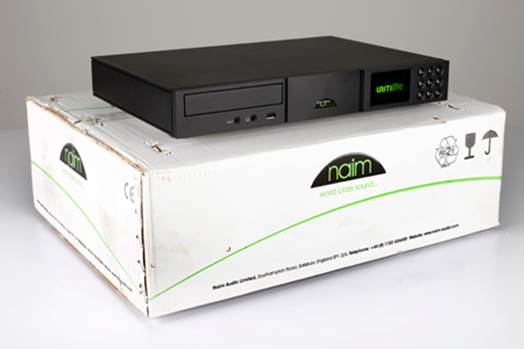 The front-mounted USB port is obviously primarily there for iPod connectivity and a very fine job indeed is made of this function. The control is taken over by the front panel/ N-stream and the operating paradigm remains the same as for streaming music (so remember to ‘list’!). The real benefit for N-stream use if that the same rich virtual sleeve note information from Rovi is available on the iPad for your iPod music. As expected, the Bombay Bicycle gapless test ran smoothly and impressively the iTunes Plus quality AAC version was not a million miles away from the streaming lossless version.

The 3.35mm stereo input auto-switches to its input channel on insertion of the mini-jack. As I was testing with the new iPod Nano, the audible results were a little flat, but this could easily be put down to the headphone stage on the cheap device. Interestingly, in an Apple-alike move, this port is also dual-use analogue and digital (using an optical cable or adapter).

As is usually the case with me, the UnitiLite was installed under a television and to test out the digital hookups I attached a Youview box via optical S/PDIF and a Sky box via coaxial. Both were able to deliver a full and robust version of TV sound, although the most impressive stereo sound to picture was achieved by hooking up the optical to a PS3 playing the Blu-ray of Spiderman 3 – even without being in surround some fairly behind-the-head swooshes were achieved.

The UnitiLite is a very easy device to live with – there are no niggles in its operation, the remote is comfortable in the hand and intuitive to use. All the digital trickery manages to feel like it has been designed in, rather than another company’s module having been inserted into a hi-fi device. The real killer selling point for me has to be how effective N-stream is as a full system tablet controller, rather than a simple uPnP controller, and it is heartening to see them pushing N-serve as well for those few poor tablet-less souls.

I suspect that Naim is correct in saying most of those who adapt streaming with one of these will cease to use the CD player part in short order, which sort of begs the question of why it’s included, but then we know the rationale, don’t we? Overall, here’s a great sounding and affordable system that’s been pitched deftly between the harcore Hi-Fi world and the great unwashed who just like music!

Naim would likely have you believe that the UnitiLite’s only real competition is its elder brother the Uniti 2, and CD lovers would indeed get a CD section which is closer in design to Naim’s standalone machines, although you would be spending around $1,500 more. I would recommend that those who can’t part with their silver discs do a side-by-side audition if disc spinning is still of significant importance to you.

Of course there are similar products from the likes of Arcam, with the closest in price and functionality being the now somewhat superannuated, but still rather nice Arcam Solo Neo ($1,650). This offers a smooth, warm sound and great build and styling. What’s not to like at its low, low price? Arguably, only the UnitiLite’s superior sonics and lovely control app are likely to stop you wanting to save that big chunk of change. 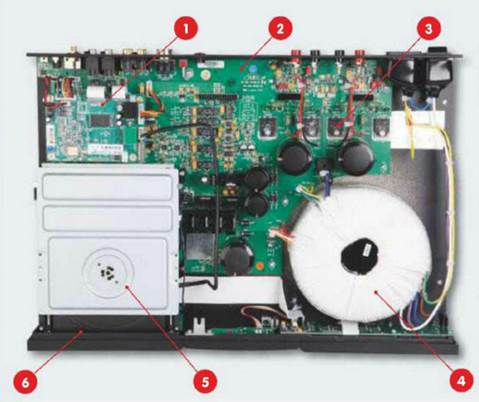