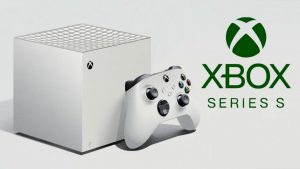 The Xbox Series X is listed as out of stock at Amazon, but the retailer has had stock refreshes with no warning. It rolled out the PS5 across multiple regions last week, so bookmark the page and keep checking in!

Best Buy was the last retailer standing back during preorder day in September, but it’s just one of many stores now offering the Xbox Series S.

This is where to go to buy an Xbox Series S at Newegg.

If you would like to buy the new Xbox from GameStop, here is where to go.
SEE AT GAMESTOP

Target has a page for the Xbox Series S, too.

Microsoft will offer the Xbox Series S for $300, or as part of the Xbox All Access plan, which includes the Series S and Xbox Game Pass Ultimate, and costs $25 per month for 24 months.

Xbox Series X|S stock is improving: Here’s how to find one

Finding an Xbox Series X, Xbox Series S, or a PS5 during its first month of availability has been difficult, to say the least. But in the case of the Xbox Series X and Xbox […]

PS5 restock : When to expect the console to appear at Walmart, Best Buy, GameStop, Amazon …

The Sony PlayStation 5 isn’t in stock right now, but check here for the latest news on when to expect more inventory at major retailers. PS5 RESTOCK POSSIBILITIES Amazon US You can check out Amazon’s […]